Driver seriously injured before the start of the Rally.

The French anti-terrorist prosecutor's office has opened an investigation into the explosion that seriously injured a driver before the start of the Dakar Rally in Jeddah, Saudi Arabia.

The explosion at the Donatello Hotel in Jeddah on December 30 injured Frenchman Philippe Boutron, a driver for the Sodicars Racing team.

Event organisers, the ASO, subsequently reinforced security at the bivouacs in the days after the incident, and the French anti-terrorist agency has now announced that it is investigating the circumstances.

The explosion, which was already being investigated by the Saudi Arabian police, occurred in the French team’s assistance car, that was carrying five other people along with driver Boutron. He suffered serious leg injuries that required emergency surgery and has since been airlifted back to France at Percy Military Hospital in Paris.

Although the rally organisers have limited themselves to speaking of a “malicious act”, the question remains as to whether it was a terrorist incident. The French anti-terrorist prosecutor's office has begun investigating the “attempted murder linked to a terrorist enterprise… The investigations have been entrusted to the Directorate-General for Internal Security,” said the statement issued on Tuesday evening.

Since the incident, Boutron's co-driver Mayeul Barbet has been quoted as saying: “Philippe was at the wheel and the bomb placed in the bottom of the car under the pedal exploded 500 metres from the hotel. At that moment, there were six of us in the car and we were shocked and didn't move.

“Then the car started to burn and Philippe asked me to go and help him out of the seat. He couldn't feel his legs.”

The French foreign ministry has made it clear that they will review all the evidence collected in Jeddah to determine what exactly caused the explosion.

“An investigation is underway in Arabia to determine the cause of the explosion," the French government agency confirmed. “The hypothesis of a criminal act has not been ruled out.” 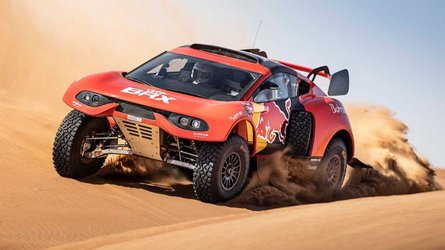 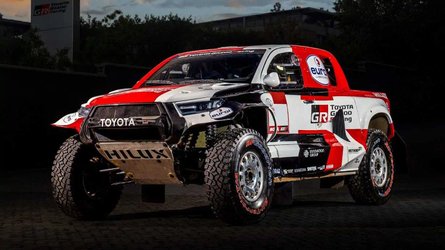