Founded by Ian Hunter, an MIT professor and inventor of the first so-called robotic wheel with integrated electric suspension and propulsion, Indigo Technologies aims to deliver “an entirely new class of smooth, roomy and affordable electric vehicles” with these two new models.

It plans to do so by equipping the EVs with its breakthrough robotic wheels, which are said to enable a significantly smoother ride, more space, and lower operating costs than any other vehicles in their class. The company claims the Flow and Flow Plus will be “markedly better” in all of these areas compared to the Toyota RAV4 and the Ford Transit Connect, respectively.

Despite the bold claim, Indigo is not that generous with the details. It does say that both the Flow and Flow Plus will offer more than 250 miles (402 km) of range with only a 40 kWh battery.

“Indigo invented robotic wheels that uniquely enable more space and comfort for small urban EVs. Without the transmission and motor between the wheels, Indigo Flow has a low, flat floor that provides more cargo space than any vehicle of its size. And the active suspension in each wheel makes for an amazing ride comfort at an affordable price that people will love.”

Will Graylin, CEO of Indigo

Looking at the images—which appear to be renderings rather than photos of actual vehicles—it’s pretty clear the Flow and Flow Plus feature identical front ends up to the B-pillars. From there on, the vehicles go separate ways, with the longer Flow Plus adopting a van body and the Flow looking like a small minivan with two big sliding doors on each side.

The images also reveal an interesting interior layout for the ride-sharing vehicle, which features a central driving position pushed as far forward as possible. There’s a sizeable digital instrument cluster behind the steering wheel that includes almost all the controls (even the gear selector) and several storage spaces under the dash on each side.

We'll keep an eye on Indigo Technologies to see if it follows up with functional prototypes and production vehicles, but until then we should note that the company recently recruited Volker Kaese, former Audi head of innovation product management, as chief technology officer.

The engineer, who led development of the Volkswagen XL1 and Audi e-tron show cars, is joined at Indigo by Eric Obers, formerly design leader at Porsche and Lucid, and Hugh Robinson, previously at Porsche and General Motors, to lead design for the Flow product line. 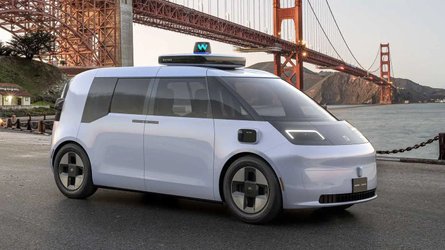 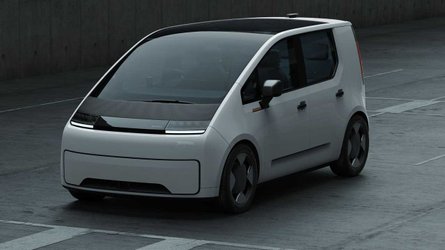