It's hoped the 24-hour lanes will encourage bus travel and reduce congestion.

Permanent bus lanes are set to become a feature on the roads of London after a successful trial period, authorities have announced. Transport for London (TfL), the organisation in charge of London’s major routes and public transport, says the trial of 24-hour bus lanes saw journey times reduced, and making the lanes permanent will encourage “more sustainable” transport.

TfL says its trial of 24-hour bus lanes led to “particularly noticeable” improvements in bus journey times, with the greatest reductions seen in central and inner London. The trial saw 85 km (53 miles) of bus lanes move to 24/7 operation, with general traffic restricted from driving in the bus lanes, while Blue Badge parking facilities and permitted taxi access were retained.

The trial investigated the impact of the measure on other forms of traffic and found no significant impact, but bus journey times were cut. TfL said improvements were largest in the mornings and evenings, and on Sundays.

As well as cutting journey times for users, TfL hopes the permanent bus lanes will “improve service reliability” in the long term. That and the reduced journey times, it’s hoped, will encourage more Londoners to travel on public transport, reducing congestion and the environmental impacts of car use. However, it’s unclear how the coronavirus pandemic will impact that goal.

Before the pandemic hit, TfL says 1.15 billion journeys were made each year on the bus routes that have benefited from the changes. That accounted for around half of the 2.2 billion journeys made on buses over the same period.

It’s hoped the changes will also encourage people to cycle, with cyclists allowed to use bus lanes that are free of car traffic. The new 24-hour bus lanes will be made permanent in the New Year subject to a final consultation with organisations including emergency services, local authorities.

“It's vital that buses remain a reliable, attractive option for travelling around the capital to help prevent increased congestion and worsening air quality,” said Heidi Alexander, the deputy mayor for transport in London. “The extension of bus lane hours to 24 hours on London's busiest roads received a lot of support, and these changes will reduce bus journey times and help service reliability, helping people get around the city easily and sustainably.”

More on driving in London: 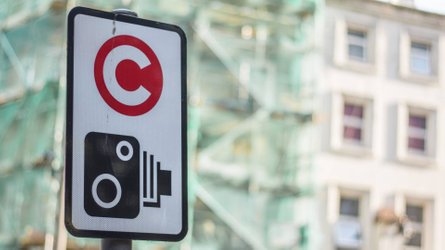 London Congestion Charge to be suspended over Christmas 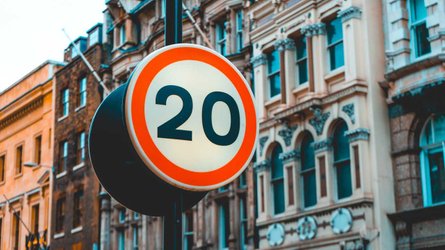 Meanwhile Paul Tuohy, the chief executive of Campaign for Better Transport, said the move would improve the environmental impact of transport in the capital.

“Bus priority measures, like bus lanes, are key to improving journey times and making buses more reliable for Londoners which means more passengers and fewer cars on the capital's roads,” he said. “As one of the greenest forms of transport, buses are key to reducing congestion and improving air quality whilst helping tackling climate change.”