It's not a debut, but it's a step in the right direction.

Honda fans in Japan will have a chance to preview the new Civic Type R in January. The next-generation hot hatchback will be on display at the 2022 Tokyo Auto Salon, slated to run January 14-16. This isn't the Type R's official debut, however. The car on display will be a prototype still wearing a camouflage wrap.

As such, we don't know how much information Honda will divulge about the hotly anticipated performance model. We do know that Honda has created a camouflage pattern designed specifically for the Type R, for whatever that's worth. The car will also be featured in an "action-packed test-driving video" that will allow show attendees to glimpse the Type R's development. Beyond that, Honda says the production Type R will debut at some point next year, and it will be the best-performing Type R of them all.

Spy photos and video have given us a small taste of what that means. Four-cylinder power is still in effect, almost certainly driving the front wheels with a manual transmission. Video footage from the Nürburgring shows the hot hatch attacking corners with impressive speed and stability, showing no signs of understeer. The subdued growl from the centre-exit exhaust doesn't sound bad, either. 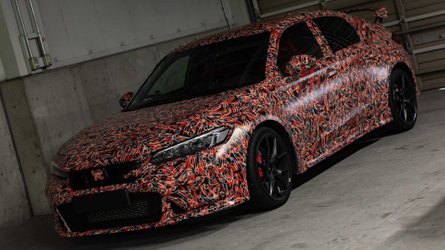 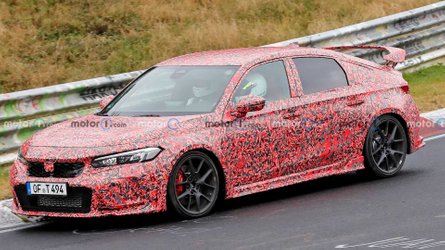 The current Type R dishes up 306 bhp (228 kilowatts) from its turbo-four and turns a 'Ring lap of 7 minutes 43.8 seconds, so more power is certainly expected if the new model is to be the best performing of them all. Some wild rumours claim 400 bhp (298 kW) could be under the bonnet, but that seems unlikely.

The Type R prototype will join performance rivals from Subaru, Nissan, and Mitsubishi at the show. A new electric STI concept will be in Subaru's booth, and Mitsubishi will show an unknown concept in Ralliart guise. Nissan will officially debut its new Z for Japan in multiple flavours, with a one-off concept being among them.

That is, if the show isn't cancelled ahead of time. The Omicron variant of COVID-19 is currently wreaking havoc in many parts of the world, leading General Motors to withdraw from the CES Show in Las Vegas running just a week before Tokyo.