Hamilton was on course to take an eighth F1 drivers' title until the final five laps of the Yas Marina climax to a hotly contested 2021 season, which tipped the race on its head and allowed Max Verstappen to clinch his maiden title.

Although Mercedes protested the results and appealed the decision to throw that protest out, the team has since elected to withdraw its appeal.

Wolff explained that both he and Hamilton would struggle to overcome "the pain and distress" following the race, but hoped that the disappointment of losing the title in such a controversial manner would not push Hamilton towards the exit door.

"Lewis and I are disillusioned at the moment," said Wolff. "We are not disillusioned with the sport, we love the sport with every bone in our body and we love it because the stopwatch never lies.

"But if we break that fundamental principal of sporting fairness and authenticity of the sport, then suddenly the stopwatch doesn't become relevant anymore because we are exposed to random decision making. That is clear that you may fall out of love.

"And you start to question if all the work you have been putting in, the sweat, tears, and blood can actually be demonstrated in bringing the best performances on track, because it can be taken away randomly.

"We will never overcome the pain and the distress that was caused on Sunday.

"I would very much hope that Lewis continues racing, because he's the greatest driver of all times," Wolff added.

"He, when you look at it from the point of view of the last four races, he dominated them on Sunday, there wasn't even a doubt who won the race. And that was worthy of winning the world championship.

"So we will be working through the events over the next weeks and months. And I think as a racer, his heart will say I need to continue because he's at the peak of his game.

"But we have to overcome the pain that was caused upon him on Sunday, also, because he is a man with clear values. And difficult to understand that it happened."

Wolff added that Hamilton was part of both decisions to appeal and withdraw it, adding that neither wanted to secure a championship title "in a courtroom".

He said that the team found it incredibly difficult to withdraw the appeal, feeling that the team was dealt a cruel hand by "freestyle" interpretations of the sporting regulations during the Abu Dhabi race.

"Every step on the way it was joint decisions," Wolff explained.

"We decided together with Lewis to protest, to launch the appeal, and to withdraw the appeal. As you can imagine not only for him but also for us as a team it was terrible to be confronted with a decision that decided the outcome of the world championship.

"But nobody of us, neither him or us, wanted to win a world championship in the courtroom.

"But on the other side we were deeply wronged on Sunday and it wasn't just a case of a bad call, it was freestyle reading of the rules and it left Lewis like a sitting duck." 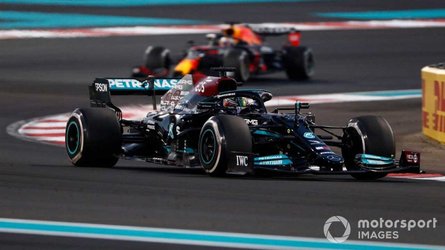 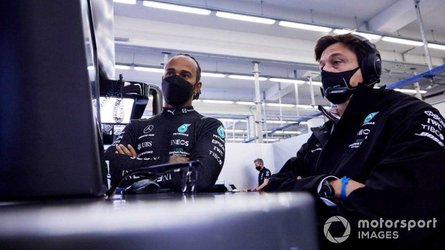