Some of today’s flagship motorcycle models may retail for nearly £30,000, but Danish toy giant Lego offers a more affordable alternative. From the Ducati Panigale V4 to the Harley-Davidson Fat Boy, Lego has committed several high-end motorbikes to miniature building bricks.

When BMW introduced the M 1000 RR in 2021, it outfitted the souped-up superbike with carbon fibre wheels, MotoGP-inspired winglets, and a 212-bhp inline-four engine. However, the Bavarians also strapped the M 1000 RR with a £30,640 RRP. For a more attainable Beemer, Lego and BMW present the Lego Technic BMW M 1000 RR. 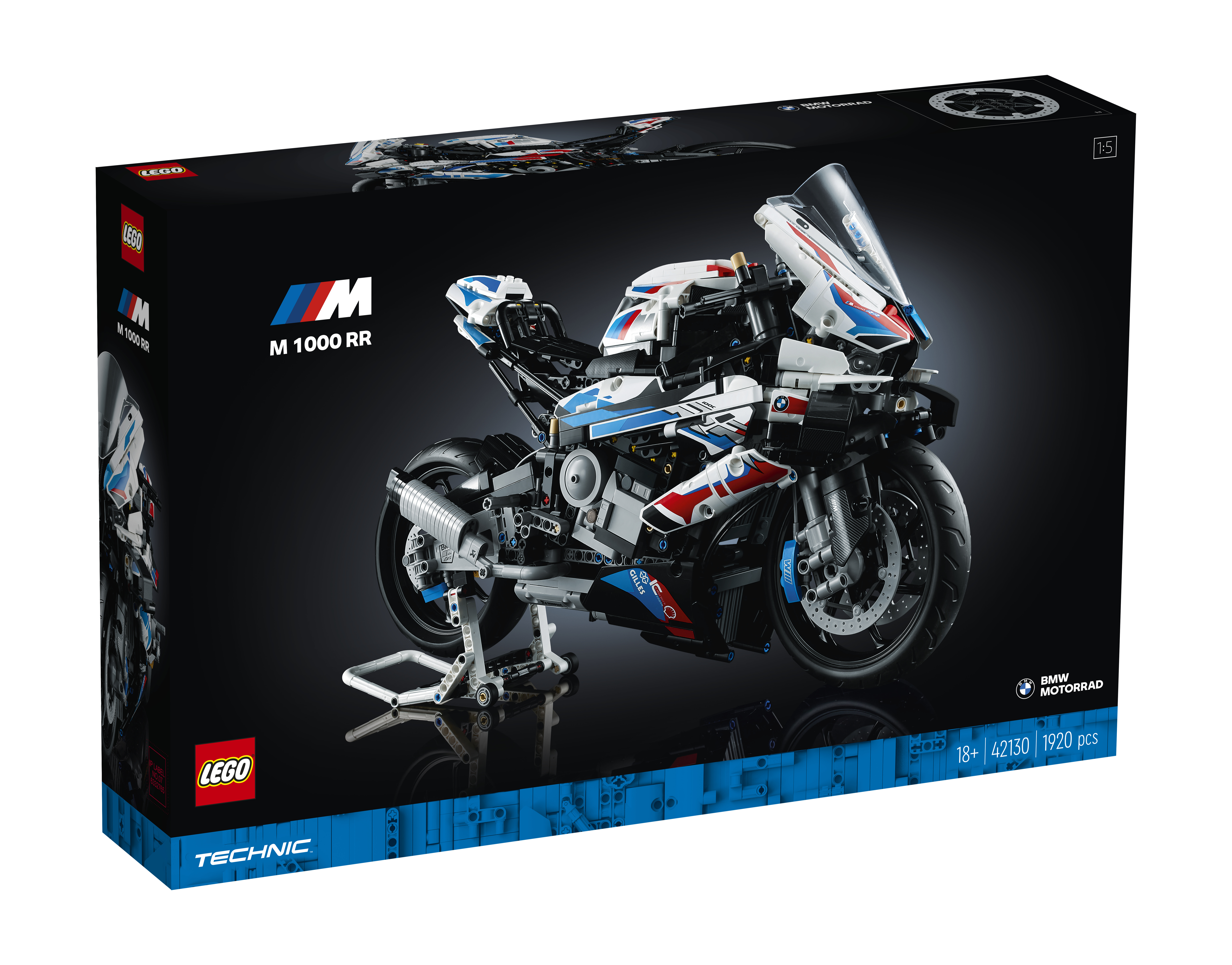 Featuring 1,920 individual pieces, the set not only captures the new superbike’s stunning form but also mimics a degree of its function. The USD fork and rear shock compress and extend just like their full-size counterparts. The Technic set also touts a fully-functioning swingarm, wheels, and three-speed gearbox, while the gold chain adds some flair to the package. The model may be 1:5 scale of the original sportbike, but just like the M 1000 RR, the Lego dashboard offers multiple displays.

“It’s been so much fun getting underneath the skin of such a significant model for BMW Motorrad,” noted Lego designer Samuel Tacchi. “There’s a reason why these beautifully engineered bikes are so universally loved by the biking community, and we are confident our Lego Technic version is a winner like its real-life namesake.” 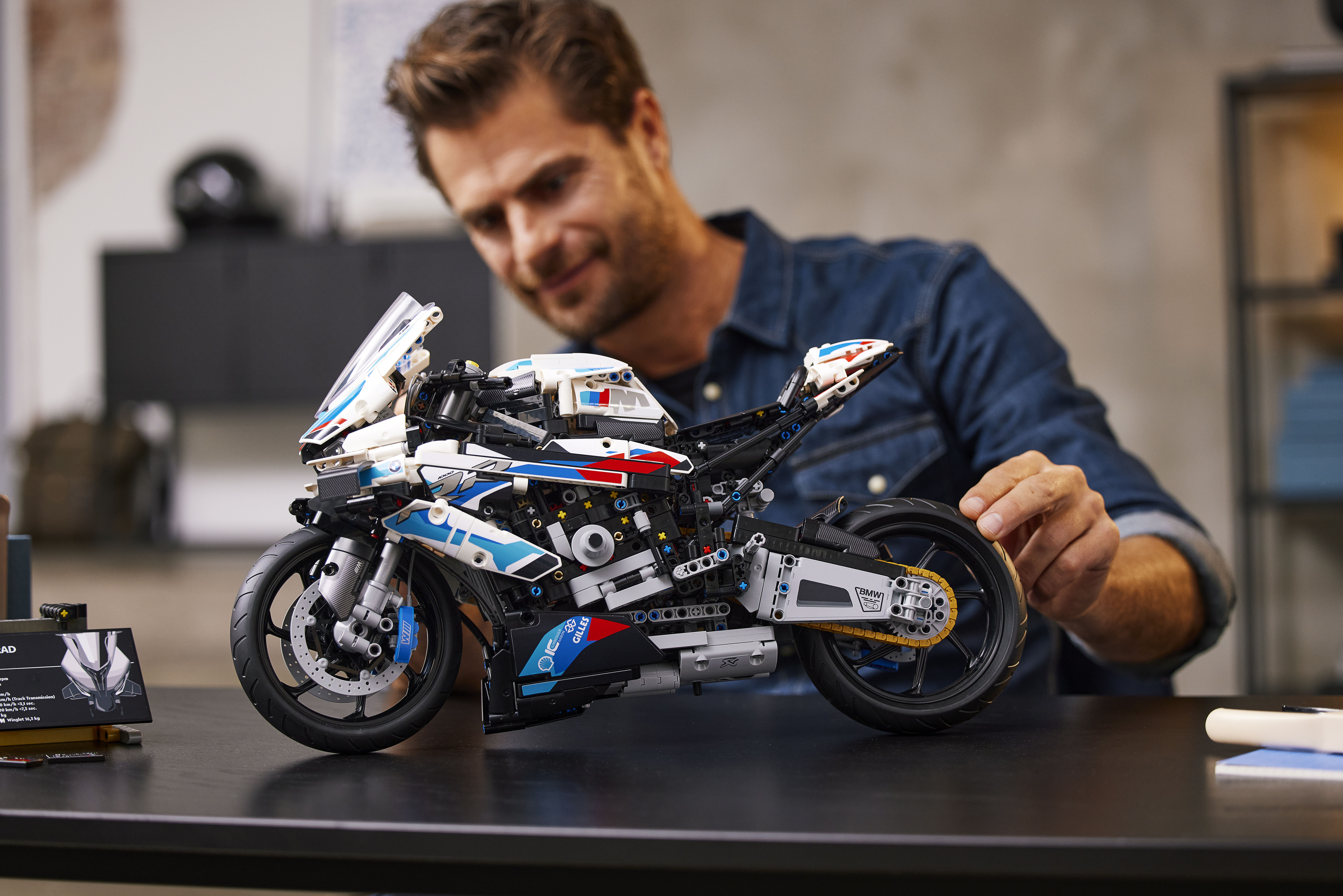 At £174.99, the Lego Technic BMW M 1000 RR set is much easier on the chequebook than the full-sized motorbike. Measuring 27 cm (11 inches) high by 45 cm (18 inches) long by 17 cm (7 inches) wide, the kit is a sizeable model for the mantelpiece or bookshelf. Along with the included paddock stand and pit board, the Lego Technic BMW M 1000 RR is a great way to express your appreciation for the technologically-advanced superbike without actually putting one in your garage.