Genesis Motor is just six years old, but it will look quite different from how it does today by the end of the decade. The brand has big electrification plans, which are just getting underway, but the automaker hopes to have eight electric vehicles in its lineup by 2030. The GV60 is its first dedicated EV, though a larger, more luxurious model could sit well above it if a new Korean Car Blog report is correct.

The publication says Genesis could already be developing the GV90, which will slot above the GV80 in the lineup and serve as a flagship model. This isn’t the first we heard of such a model. The report also notes that it will be fully electric, too, so it could arrive with a boatload of tech and wizardry. Genesis will likely save in R&D by putting the new model on the E-GMP (Electric Global Modular Platform) that underpins the GV60, the Kia EV6, the Hyundai Ioniq 5, and other EVs from the three brands.

We may have gotten our first look at the large platform that will underpin this new model last month with the Kia EV9 and the Hyundai Seven Concepts. Both are large, full-size SUVs, and the two lean into their concept status with bold styling choices. However, both brands are ratcheting up their EV designs, so the final products might not look too different, and we should expect the Genesis variant to stand out as well. 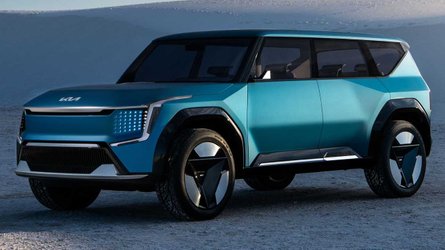 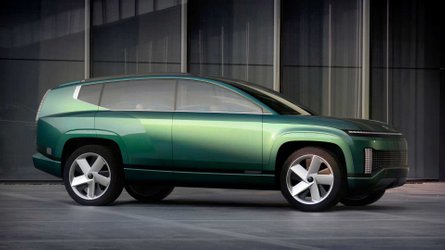 Sadly, neither of those concepts provide few details about the rumoured all-electric GV90. Earlier this year, Genesis trademarked seven names, which included GV90e, but trademarks aren’t gospel. We might not have to wait too long to see Genesis’ plans to fulfilment. The report says the brand could debut the new electric SUV as soon as 2023, though it could be a year after that before it goes on sale. The industry is at an odd inflection point, and automakers are positioning themselves for the future, so we’ll keep an eye on what Genesis is doing.