A few tweaks morph this M-branded monster into a road-ready crossover.

It's been just a few days since BMW unveiled the XM Concept, and it's certainly been the subject of some discussion. Powered by internal combustion and electric power, this sizeable hybrid claims no less than 739 bhp (551 kilowatts) and 737 pound-feet (1,000 Newton-metres) of torque. It's only the second M-exclusive model in BMW's history, and yes, it's entering production.

What will change in the transition from concept to reality? We already have one interpretation on that thanks to this rendering from SRK Designs, but there's a caveat to mention. This unofficial design is labelled as an iXM, envisioning a fully electric version of the concept. That explains the solid grille with a blue outline, and it's larger in a front fascia that's a bit more aggressive. But the end result is still a modified concept with components that could make it road-ready.

This interpretation certainly embodies the near-production concept theme we've seen recently from numerous automakers. The proportions are the same, the prominent body lines are the same, and a majority of the details are the same as well. The rendering swaps the concept-esque wheels for something a bit more conventional, though they appear to still be massive 23 inchers. The black trim along the beltline is removed for a cleaner profile, and the concept's side mirrors are mainstreamed as well. Conventional door handles are also added. 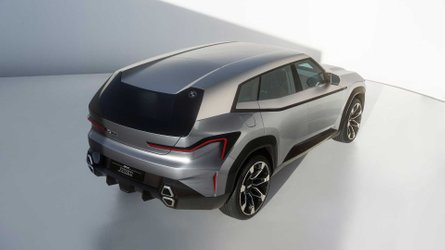 2023 BMW XM to look nearly the same as the concept, for better or worse
⠀ 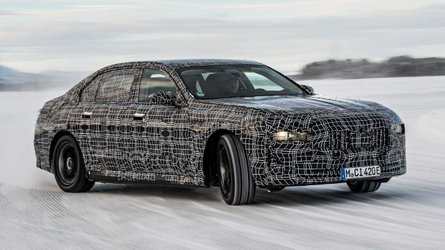 2023 BMW i7 electric saloon teased during winter test in Sweden

Though the XM is a hybrid with a beefy V8 engine, there's no reason to think an electric-only version won't eventually arrive. One thing we do know is that BMW won't make significant changes to the concept before it hits dealerships, so this rendering could prove to be quite accurate. Expect a proper reveal of the street version next year, as current plans show XM production beginning in late 2022 for the 2023 model year.