Of the seven people, six were kids, they weren't wearing seatbelts, and there was no car seat for the youngest child.

On the evening of Thanksgiving holiday in the US, a driver of a Tesla Model S electric saloon lost control while speeding. The car went over a guardrail and dropped some 30 feet into a residential home's backyard.

The results appear somewhat devastating, though all seven people walked away from the crash. This is the second "Tesla off a cliff" crash in a matter of days, and all involved are primarily unharmed.

According to Drive Tesla Canada, local police name Sharanjit Singh Multani as the driver of the Tesla. He's 37 years old and was driving six children in the Model S when the incident occurred. The children range in age from four to 16 years old.

“I think it took all three trees out. We didn’t see any marks in the ground between here and there. It appears that it came through the air, all the way from there to here."

"It was so loud. There were three really loud bangs, and then followed by just debris, sand, and rocks hitting our window. I have never heard anything like that before."

Sadly, Multani was driving very fast, five of the kids weren't wearing seatbelts, and a four-year-old wasn't using a car seat. Moreover, the driver was arrested and then charged with multiple counts. In addition to charges for failing to properly restrain the children and failure to use a car seat, the driver was charged with reckless driving, reckless endangerment, and suspicion of driving under the influence with a minor.

Interestingly, Drive Tesla Canada points out that Tesla CEO Elon Musk has talked up the automaker's unique airbag tech, which could potentially save an unbelted child sitting in the front seat. This is not something anyone should ever do or test, but the results of this crash prove that, at least in this one particular case, Musk was correct in his assumption. 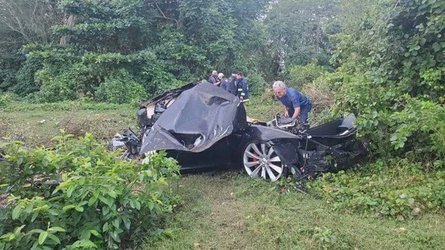 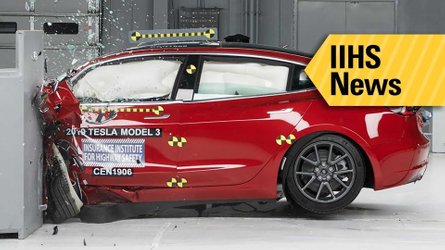 Tesla Model 3 driver and passengers survive crash off a cliff

As the police rescued the children and the driver from the car, they learned that, to their surprise, no one had any serious injuries. In fact, all of them were able to walk away relatively unscathed.