It includes 22-inch black wheels with self-levelling badges in the centre.

The Bentley Continental GT and GT Convertible receive a darker look from the new Mulliner Blackline package that replaces the usual chrome with blacked-out pieces. Mulliner is the British brand's customisation division that creates styling packs for the company's products and builds specially outfitted vehicles for an exclusive clientele.

The Mulliner Blackline package replaces almost all of the exterior brightwork. The exceptions are the Bentley badge and the edges of the mesh in the grille. The mirror caps are the shade gloss Beluga black.

The cars with this option also get 22-inch black wheels that have self-levelling badges, which have a chrome ring around them. Later, Bentley will offer an optional design with contrast polished pockets.

The latest from Bentley: 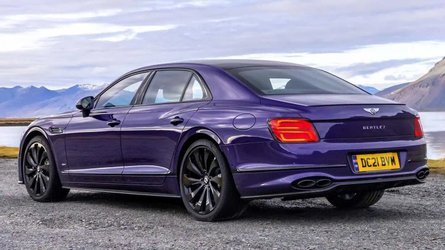 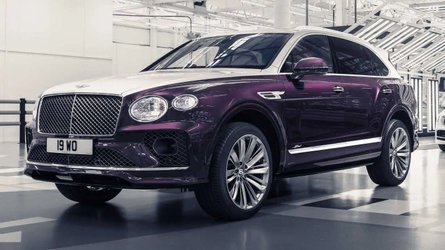 Bentley builds six special ballet-themed Bentaygas because why not?

Inside, buyers can select from the massive list of Mulliner's upholstery colours. If a customer wants to leave the choice to Bentley, the company has eight recommended three-colour combinations. The interior design includes diamond-in-diamond quilting for areas like the seats and door panels.

Bentley is allegedly planning to add a plug-in hybrid powertrain to the Continental GT's range. The automaker's engineering boss says there's interest among some customers for a model that's capable of zero-emissions motoring. The obvious choice would be the PHEV setup from the 536 bhp (400 kW) Flying Spur Hybrid that can go 25 miles (40 kilometres) of an electric charge in the European WLTP test cycle.