A Brabus-tuned Mercedes-Benz G500 4x4² is a fairly rare sight, and it's even less common to see an owner actually take the beastly machine off-road. This person isn't afraid to get the high-riding SUV dirty, and the kids nearby love to watch it kick up some mud.

This G-Class 4x4² is at a supercar meetup that appears to be in the Netherlands, judging by the number plates on the vehicles there. The Brabus-tuned Mercedes draws attention as soon as it arrives in the car park. Not only does the SUV not look like anything else there, but the vehicle has a bespoke exhaust that makes an absolutely menacing sound.

According to the YouTube description, this G-Class received its upgrades in Dubai. The engine output is now allegedly 647 bhp (483 kilowatts) and 578 pound-feet (783 Newton-metres) of torque.

After posing in the car park for a little while, the owner takes the SUV to a nearby clearing. A bunch of kids are right behind the vehicle to watch the action. The area is roughly bowl-shaped, and the ground is wet. This is a great recipe for kicking up some dirt in the spots where the Mercedes is trying to get traction while going up the embankments.

The future of the G-Class: 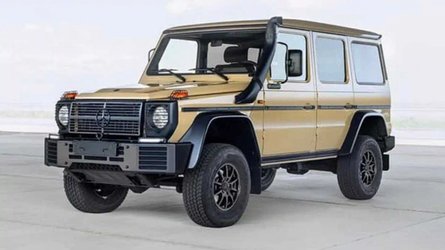 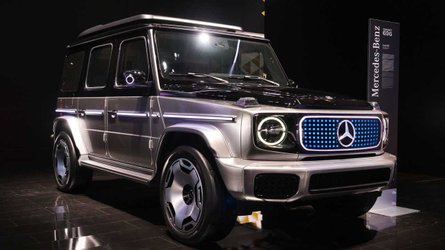 The G-Class has no problem with this off-road terrain. A Ford F-150 Raptor eventually joins the fun, and the truck has some issues. While climbing one of the ridges, the driver gets the pickup stuck. After onlookers have a good laugh at the situation, the Raptor manages to get free.