UK: Can VW Golf R beat the best from Porsche, BMW, and Audi in a drag race?

The little Golf that could.

Welcome to the ultimate small German performance car drag race. The diverse product offerings from your favourite German automakers mean that there’s something for everyone. Today we get to see if the new VW Golf R can keep up with its more expensive rivals in a drag race. The team at carwow hit the drag strip with a full complement of contenders to see which small German performance car is the king of the drag strip.

The MK8 VW Golf R is new for the 2022 model year where it builds on the lessons from the previous generations. Power comes from a 2.0-litre inline-4 that produces 315 bhp (234 Kilowatts) and 295 lb-ft (400 Newton metres) of torque. This powerful engine is mated to either a 6-speed manual transmission or a 7-speed dual-clutch automatic, the latter of which is much quicker during acceleration testing. The automatic Golf R can sprint from 0 to 60 in 4.7 seconds which makes it a ridiculously quick family car. 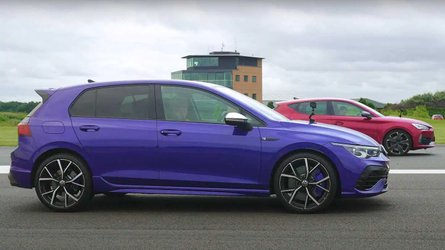 UK: Can Cupra Leon beat the Golf R in a drag race? 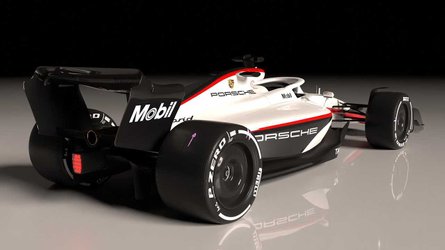 Capito: VW would not waste its time in F1 talks if it wasn’t serious

To take on the new fancy Golf, carwow assembled a team of heavy hitters that are sure to put up a strong fight. First, we have the Audi RS3 which is powered by a turbocharged inline-5 and uses Quattro all-wheel-drive to shame supercars on acceleration runs. Next, we have the AMG A45 or Mercedes-AMG’s nuclear-powered hot hatch that boasts one of the most powerful inline-4 engines ever built. Next, we have the BMW M2 that represents one of BMW’s greatest modern driver’s cars. Finally, the Porsche Cayman GTS is here to show the competition why there’s still a place for sports cars in drag races.

So can the Golf R keep up? Well against this group of tough competitors that won’t be an easy task, but let’s find out.