The RAC says the figures show roads have not improved over the past 12 months.

The third quarter of 2021 saw pothole-related breakdowns hit their highest level for the time of year since 2006, according to the RAC. The breakdown recovery company says it attended more than 1,800 callouts in just three months for problems such as broken springs and distorted wheels – all of which could potentially be attributed to potholes.

Although the organisation says the three months from the start of June to the end of September are normally the quietest quarters for pothole-related breakdowns, it says such issues accounted for 1.2 percent of all callouts during the third quarter of 2021. That’s the largest proportion in the third quarter of any-year since 2006.

Over the last four quarters, the RAC says pothole-related callouts have represented 1.5 percent of all breakdowns the organisation has attended. That’s the highest figure since the four quarters to the end of September 2018, when it also hit 1.5 percent.

And the RAC claims its annual study of driver concerns puts “the poor condition and lack of maintenance of local roads” at the top of the tree for driver fears. In the 2021 study, 46 percent of drivers said that was one of their four biggest motoring concerns, up from 38 percent 12 months earlier.

The RAC also says more than half (58 percent) of the 2,652 drivers surveyed said they thought local road conditions have deteriorated in the past year. That’s up from 52 percent in 2020 and 49 percent in 2019. 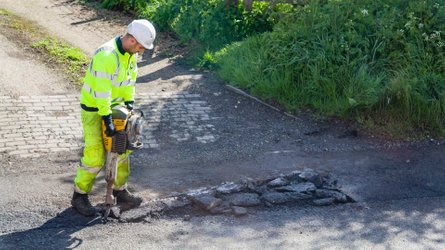 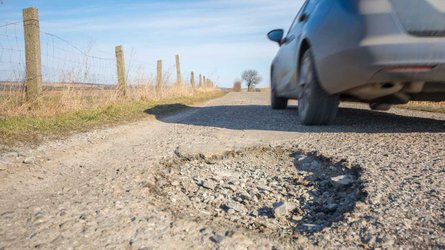 Pothole-related insurance claims up 30 percent since 2016

“With government data showing weekday car traffic is still not quite back to pre-pandemic levels, it’s very worrying that our patrols are still attending a higher proportion of pothole-related call-outs in relation to all the breakdowns they go out to,” said RAC head of roads policy Nicholas Lyes. “While it’s welcome that the sheer number of pothole breakdowns is not as high as we’ve seen in previous years, we see worrying signs in our data that implies little progress has been made in the last 12 months in improving road surfaces for drivers.

“Traditionally, the spring and summer months give authorities a chance to repair and improve roads, but unfortunately it seems many roads remain in a perilous state. We fear we’re only a bad winter away from seeing a plague of potholes which authorities will struggle to repair.

“When it comes to potholes, prevention is always better than cure. Relying on just patching potholes is a fruitless task which simply pours good money after bad as it only acts as a sticking plaster. This will anger drivers incredibly as they already feel not enough of their motoring taxes are invested in keeping roads up to a respectable standard.”