The cars sat for months in a temporary location.

They were sitting idle at the site ahead of the launch in June and remained that way after the launch for months.

We guess that such storage conditions are not the best for cars, or at least their paint, but the most intriguing thing was what was the reason for keeping the fleet of Model S, for which so many customers were waiting. 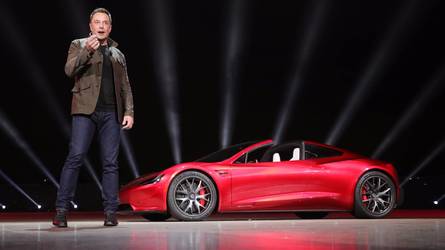 The first thought that comes to mind is the semiconductor shortage and lack of some key parts that prevented completing the cars for delivery.

The issue probably was solved as one of the latest flyover videos, shared by 在曠野遇見神, reveals an almost empty car park as of November 22.

It was later noted also by Sawyer Merritt:

"Teslas temporary Model S holding lot that was filled for months with over 400 Model S's is now almost empty, indicating Tesla has been ramping up its Model S delivery efforts & fixed the problem (if one even existed) that caused them to sit."

It's great news that Tesla is clearing inventory and ramping up production of the Model S (probably also the Model X).

Tesla currently offers two versions of the Model S and Model X cars (both with two wheel sizes that have noticeably different range):