Get up close and personal with the high-end Wildtrak trim level.

We've seen the new Ford Ranger in lots of official images and videos, but these never tell the full story since the assets provided by a manufacturer are usually heavily processed to make the vehicle look as good as possible. That's perfectly understandable when you are unveiling a new product and you want to generate as much buzz around it as possible. However, we are always more eager to see real-life images and videos.

Case in point, the Australian folks at CarExpert were invited by the Blue Oval to shoot the next generation of the midsize pickup truck in the Wildtrack specification. Essentially, it serves as the flagship, off-road-ready version once you exclude the all-conquering Raptor.

CarExpert has also learned straight from Ford the next-gen Ranger has been developed with electrification in mind, and the same thing can be said about the equivalent body-on-frame Everest SUV. By extension, the revamped Amarok coming in 2022 will also get a hybrid setup at some point in the lineup. Speaking of which, the Ranger-based VW truck is one of the reasons why Ford has fitted a V6 turbodiesel as lots of people got their Amaroks with the larger engine. In Australia, a whopping 90 percent of all Amaroks sold have the six-cylinder unit.

The electrified setup is expected to take the form of a traditional hybrid powertrain that could be joined by a PHEV with an undisclosed purely electric range. These should come before the middle of the decade, and in the meantime, the standard Ranger will be joined in 2022 by a petrol V6-powered Raptor due to be unveiled in February.

On a related note, VW has been deeply involved in the new Ranger's development since late 2016, which means the Amarok will be far more than just a re-bodied version of Ford's pickup. The teasers released so far have strongly suggested it will look significantly different, and it would appear the modifications are going to be skin-deep despite using the same platform.

Both will be underpinned by an updated version of the architecture used by the T6 Ranger, but with the rear suspension dampers moved outboard of the frame rails for a more comfortable ride and a bigger load bed. The wheelbase is now 50 mm (almost two inches) longer than before and the body has been widened by the same amount. Aside from the Raptor, more potent gasoline engines could arrive and slot above the already announced 2.3-litre EcoBoost while remaining below the V6. 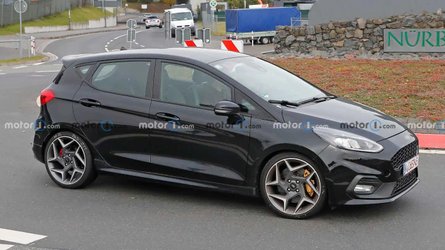 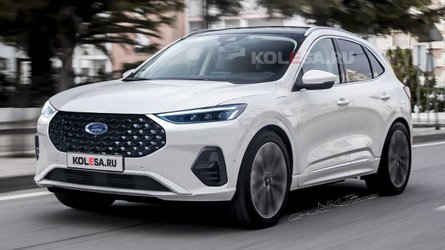