Lewis Hamilton says difficulties Mercedes has faced perfecting the setup of its 2021 Formula 1 car have left him feeling it’s a bit of a ‘monster diva’.

While the Brackley-based squad remains locked in a tight fight with Red Bull for the F1 titles, it has had to battle through an intense campaign where it has sometimes been on the backfoot.

This was especially true in pre-season testing, when the impact of new aero regulations in changing the balance of the Mercedes car became apparent.

Speaking to selected media, including Motorsport.com, about the championship fight, Hamilton said that the season had been a hard one in terms of unlocking the full potential of the W12 so he could deliver all he wanted.

And he says the W12 is a step above the famously difficult 2017 car that Mercedes boss Toto Wolff labelled as the original ‘diva’.

“I would say I've been more committed than I've ever been,” said Hamilton about the progress made this year.

“I've generally been very happy with my commitment and my performance.

“But I would say what I've noticed this year, which is just a fact, is that the car has been very, very hard to set up.

“I can't remember if it was last year or before, Toto would say it was a diva. But this one is a monster of a diva.

“And what we often find, plus we've had less practice time, is that it’s been harder to get the car in the right window.

“Therefore, when you don't get the car in the right window, you just limit your potential. So I'm just not able to maximise my ability through the setup not being in the right place, and it's been very, very hard to get it into the right place.

“[In Brazil]I got the car exactly where I wanted. And that was like literally hitting the nail on the head. But that's like maybe once or twice we've done that this year.” 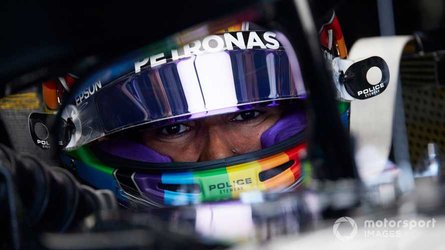 Hamilton: I want to be the 'purest' of F1 drivers
⠀ 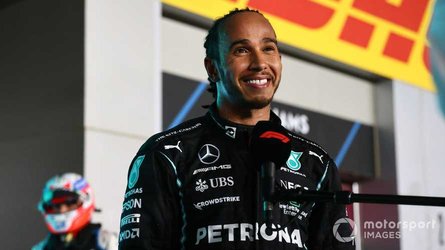 The tricky situation Mercedes found, especially at the beginning of the year, was triggered by new floor rules for 2021 that appear to have hurt the low-rake cars more.

Hamilton said that his team’s ability to respond to the challenges posed by the downforce cut was also not helped by homologation requirements, which limited changes teams could make.

“We knew we were going to lose all this downforce and, once we found how much downforce we lost, the whole characteristics of the car shifted,” he explained.

“What we had worked on for so many years, getting the car into that sweet spot like last year, it’s been a nightmare to undo or play with the tools, when you can’t actually change any of the tools.

“It just is what it is, and it’s been about trying to find smart ways to work around less downforce. There have been a lot of elements that have made it harder than ever.

“It’s been the hardest car to set up and I’ve done a lot of sim testing. But even sim days, you go and do a sim day and the sim is not in the right place it’s supposed to be - the grip level’s not right or the wind effect is not right, or the thermal degradation is set wrong, so you can come away with bogus numbers.

“You have to be so careful with the data that you are receiving and the decisions that you’re making. It’s been a rollercoaster ride.”