UK: Surge in number of private parking companies amid growth in fines

As more people are fined for parking misdemeanours, the number of private parking companies is also shooting up.

The number of private parking companies requesting driver details to issue fines has risen sharply as the number of fines has increased. That’s the conclusion drawn by the RAC Foundation after it analysed data published this year by the Driver and Vehicle Licensing Agency (DVLA).

The figures, which relate to the three months from the beginning of April to the end of June this year, show 159 companies bought vehicle keeper records from the agency as they sought to fine drivers who transgressed on private land. That’s a 64 percent increase compared with the 97 firms who bought details during the same three-month period of 2016.

Between them, the companies accessed 1.95 million sets of information during that period, with the data used to issue drivers and vehicle owners with penalty tickets of up to £100 for supposed parking infringements on private land. These include shopping centres, leisure facilities and motorway service areas.

In recent years, the number of records being requested has shot up in the past decade, hitting a record 8.4 million in the 2019/20 financial year. If the level of ticketing seen during the first quarter of the 2020/21 financial year continues, the RAC Foundation says it could run 2019/20’s record close.

Although Philip Boynes, the chief executive of Britain’s biggest parking firm, PrivateEye, told MPs the “average profit of a car parking operator was about 2.1 percent”, RAC Foundation director Steve Gooding said the figures suggest that may not be the case. The DVLA figures “cast doubt on the industry view shared with the committee that margins are hanging by a hair's breadth”, he claimed.

“If that’s the case then how come more and more appear to be joining the industry that is already on track this year to issue a near-record level of demands for parking charges?” Asked Gooding. “It is inconceivable that more than eight million drivers are setting out each year consciously deciding to flout parking rules and risk ending up with a parking charge.

“These numbers, which have risen in leaps and bounds over the last 10 years, suggest we have a system that isn’t working – not for the motorists who are receiving charge demands and not for the private landowners either. That needs to change, starting with the establishment of a single, clear set of rules and an independent appeals service such that motorists know exactly where they stand and any sharp practice by operators is swiftly identified and rooted out.”

UK: Drivers still pay for parking in cash despite pandemic 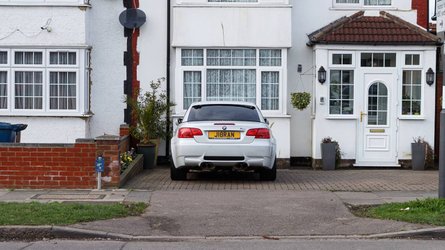