Music to the ears.

Back in September 2019, Bugatti unveiled one of the most hardcore production supercars to ever come from the automotive industry. The Chiron Super Sport 300+ costs nearly £3m and is a very exclusive and limited entry into the world of the most extreme and powerful vehicles in existence. Wonder what it sounds like when cold? Here’s the answer.

A relatively old video on YouTube, one that we’ve somehow missed, takes us to a rainy location where a shiny Chiron Super Sport 300+ is parked, seemingly at a Bonhams event in the UK, judging by the flags around the car. The short video simply shows us the supercar starting its engine cold, probably after a night-long stay outside, and it’s a sight to behold.

Actually, there’s not much to watch here as the footage shows us just the rear end of the Chiron Super Sport 300+. But there’s a lot to be heard so make sure to play the clip with your headphones on. The louder, the better.

During the first few seconds, the 8.0-litre W16 engine sounds like an old plane engine. We are obviously not Bugatti mechanics or engine specialists, but you can almost hear it firing just a few cylinders in the beginning and several seconds later, it sounds like all 16 cylinders are fully working. It’s a glorious growling symphony.

First customer units are out: 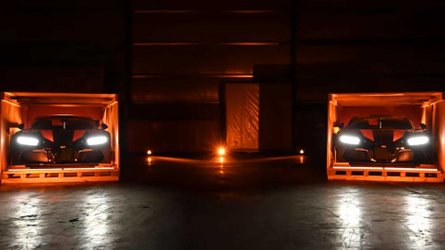 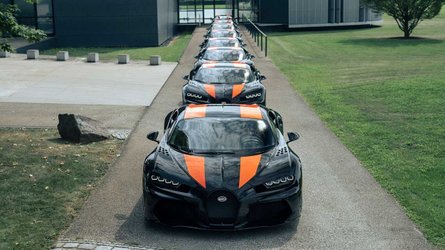 As a reminder, the Chiron Super Sport 300+ has an upgraded version of Bugatti’s quad-turbo 8.0-litre motor. Its peak output is 1,578 bhp (1,161 kilowatts), enough for a top speed of 273 miles per hour (440 kilometres per hour). While the car is electronically limited to this velocity, customers can order the car optionally without the limiter and potentially hit the record 304.773 mph (490.484 kph) achieved by Andy Wallace in 2019.