This Tesla Model 3.5 design could be a global top seller

Folks in Europe would likely flock to a Model 3 estate, and it might sell better than expected in the States.

Thanks to CGI creator Sugar Chow, who's known as sugardesign_1 on social media, we have an incredible rendering of a Tesla Model 3 estate, or perhaps you want to call it a Shooting Brake or a crossover of sorts.

The Tesla Model 3 is the best-selling EV of all time, and it's popular across the globe. In fact, it's the first electric to successfully outsell petrol-powered rivals. When its larger sibling, the Model Y, was first revealed, some people said it wouldn't sell well since it was just an "inflated" Model 3. However, as CEO Elon Musk projected, the Model Y is selling like crazy.

While Tesla is extremely production-constrained and wouldn't be wise to add another vehicle to its list, we bet a Model 3 estate would sell quite well. This would be especially true in Europe, where wagons are still celebrated. However, it might surprise people by how well it could also sell in the states.

Saloons and estates have fallen out of favour in the US, but people love the Model 3 and Model S. The Polestar 2 is essentially a fastback/hatchback like the Model S. Following suit, Porsche's first fully electric car,  the Taycan, is also a saloon. Arguably more interesting, it's available in a Cross Turismo configuration (estate) that we absolutely adore at InsideEVs.

As buyers in the US have been shifting away from cars and into crossovers, there's a good chance that new "blended" car configurations could catch on, especially for EVs. In fact, Porsche is already working on a new configuration that it says is a cross between a saloon and a crossover, though it has three rows. So, an MPV?

It would come as no surprise if history repeated itself amid the advent of EVs, and we started to see estate-like and MPV-like electric crossovers catching on. One could argue that EV owners tend to be practical, and they're looking for a car not only with excellent performance, but also class-leading passenger and cargo space.

Think about it, Ford slapped the Mustang name on a four-dour crossover that's not a far stretch from a car like the Subaru Outback. The lines are definitely blurred. We call it an SUV, but it's really a raised saloon with extra interior space. The upcoming Hyundai Ioniq 5, which has seen plenty of positive reviews, also has a very unique design that some have associated with an estate.

Check out these related Tesla articles: 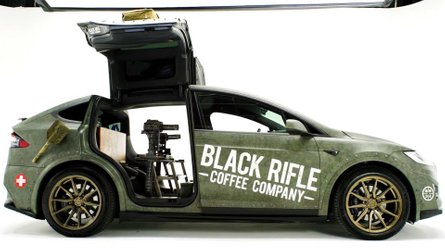 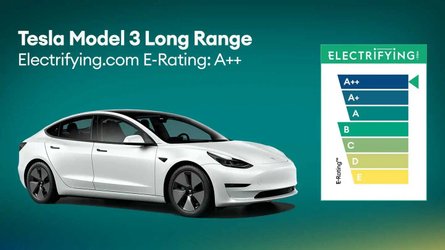