Tesla drivers will be able to select a Fastned station and precondition the battery for fast charging.

Good news for Tesla drivers in Europe, specifically in the Netherlands and a few other countries where the Fastned charging network exists including the UK.

According to Fastned, since this weekend, all Fastned charging stations (there are more than 160) will be listed in the Tesla's navigation, alongside Tesla Superchargers.

Drivers will be able to see the location and its power level, and navigate to the particular station with an ability to precondition the battery for faster charging.

"Great news for all Tesla drivers!! Since this weekend all Fastned stations are included in the @Tesla navigation. When selected, this will preheat your battery when cold, greatly increasing your charging speed. We tested it and works like a charm!!" 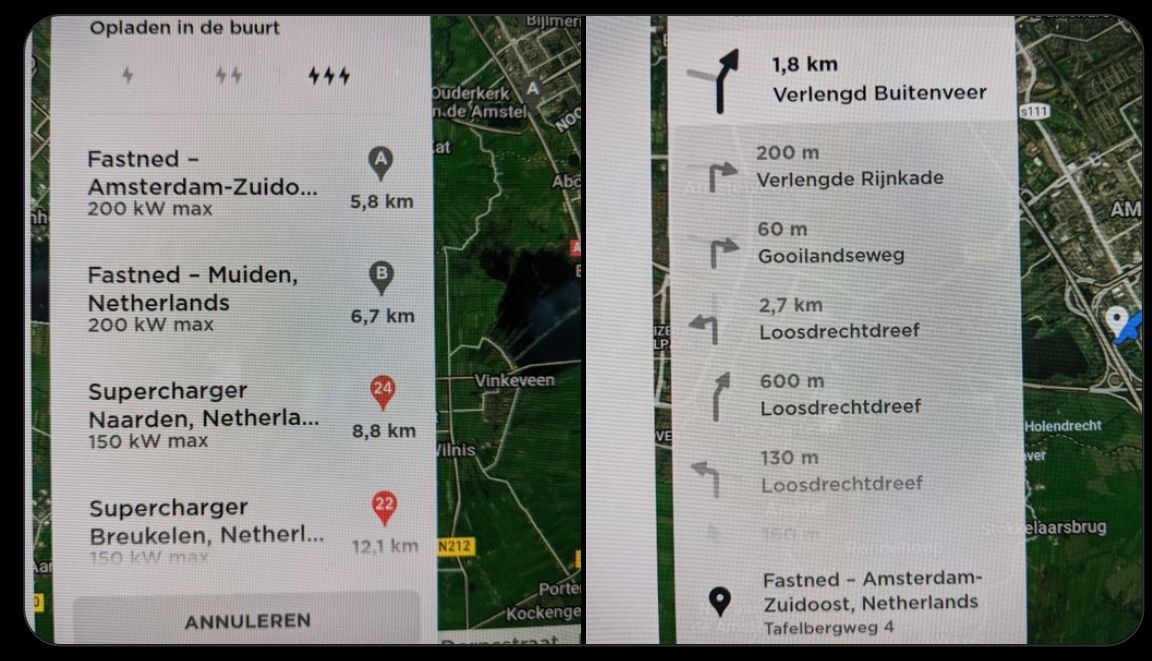 Fastned fast charging infrastructure is considered as one of the best in Europe, as the locations are usually along major routes, while the stations offers multiple ultra-fast chargers (CCS Combo 2 standard), in a drive-thru layout with a solar canopy. The reliability levels reported by the company are also very high.

Taking into consideration how popular Tesla cars are in the Netherlands and a few of the other Fastned markets, it's a great thing to boost chargers utilisation and revenues.

Tesla drivers can be happy as well that quality networks can be incorporated into the navigation system (users still need a customer account in Fastned network).

It's actually not the first time when Tesla added external charging points/networks to its navigation. In the US we saw that Tesla added EVgo stations, equipped with Tesla-proprietary plugs (they appear to work through an integrated Tesla-CHAdeMO adapters).

In regards to charging connectors - Europe, and probably most of the rest of the world - will be in a far better situation than North America, as Tesla cars will be natively equipped with a CCS2-compatible charging inlet. It significantly simplifies interoperability (Tesla even tests Supercharging of non-Tesla EVs at a small number of stations in the Netherlands).