UK: Summer vs all-season and winter tyre test in snow might surprise you

These tyres all come from Michelin, but they aren't all equal.

Yes folks, it's that time of year. Snow is flying in the northern latitudes, and that means slippery conditions for drivers. Often have we praised the immense benefits of snow tyres for people that regularly encounter such conditions, and we've shared many videos demonstrating those benefits firsthand. This one is special for a couple of reasons, starting with it being an all-Michelin showdown.

That means we get a proper look at a good set of all-season tyres available in Europe and North America, and how they compare to dedicated winter tyres. For the test, Tyre Reviews headed to the tip of Michigan's northerly Keweenaw Peninsula where the snow is dry, deep, and where there's a test track for thoroughly exploring grip in low-grip situations. And just for giggles, the test includes a set of high-performance summer tyres. Spoiler alert: they are scary bad in snow, but you already knew that.

Power Is Nothing Without Grip: 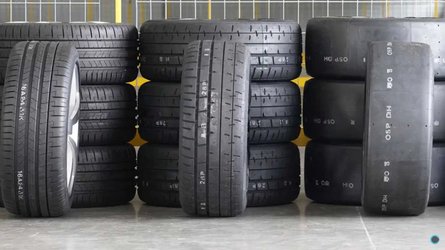 Are Racing Slicks Better Than Track Tires On A Typical Street Car?
⠀ 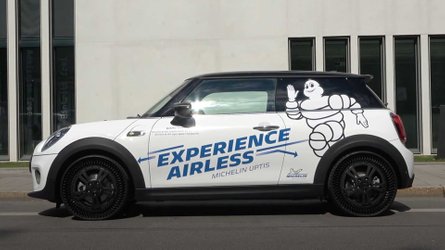 Specifically, the test features the Michelin X-Ice Snow facing off against the Michelin Pilot Sport All Season 4, with the popular Michelin Pilot Sport 4S serving as the comic relief. It should come as no surprise that the X-Ice tyres absolutely dominate all the tests, scoring the best times for acceleration, braking, and overall laps of the snow-covered track.

More importantly, the winter tyres provided confidence-inspiring grip in all situations, not just for going and stopping but for turning as well. The rear-wheel-drive Genesis G70 was easily controlled, and in low-grip situations, that can mean the difference between dodging a wayward obstacle or plowing straight into it. We've said it before and we'll say it again – the capability of dedicated winter tyres in snow borders on witchcraft. It's hard to comprehend just how good they are until you try them. 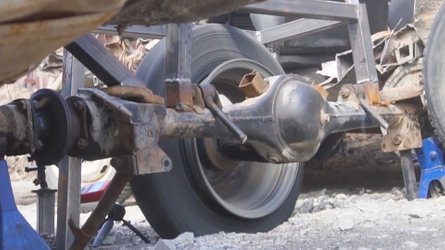 Snow tyre spinning at 385 mph will stretch your imagination
⠀ 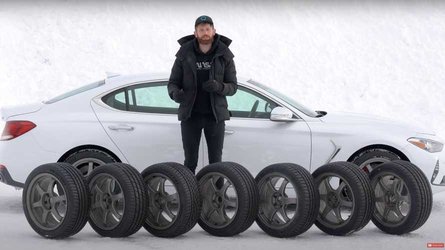 What about the all-season tyres? Usually, an all-in-one tyre means nothing is done well, but here's where things get interesting. The Michelin Pilot Sport All Season 4 tyres didn't actually compromise that much in snow. Lap times were 23 seconds longer compared to the winter tyres, but for acceleration and braking, the differences were just a couple of seconds. The real eye-opener was the measure of control these tyres maintained, gripping the snow with enough bite to easily handle the car and even accelerate from a dead stop on a hill. Interesting.

Obviously, not all tyres are created equal but in this instance, Michelin's all-season tyres performed surprisingly well. They still didn't match the snow tyres, but the video concludes the tyres could be a solid option for drivers not dealing with snow on a constant basis.

As for the Pilot Sport 4S, it took a whopping 23 seconds for the car to reach a blistering 20 mph on snow, never mind trying to turn or stop. That's pretty much all you need to know about summer tyres in winter.