UK: Motorway services to get battery packs that help with rapid charging

The "energy storage systems" will help supply rapid charging in locations where the grid supply is not up to snuff.

The government-run organisation in charge of the nation’s motorways and major A-roads has announced plans to invest in giant battery packs for service stations. The so-called energy storage systems (ESSs) are designed to allow rapid charging infrastructure to be installed where the grid supply would ordinarily be insufficient.

National Highways says the £11 million investment will pay for the ESSs to store energy in quiet periods, then provide rapid high-power charging at busy times. The batteries can be installed at “the furthest reaches of the strategic road network”, making it easier to charge electric vehicles more quickly in remote locations.

Around 20 Energy Storage Systems will “temporarily” bridge the gap between supply and demand until the motorway services in question can “obtain increased power directly from the grid”. National Highways is currently discussing the move with prospective suppliers, but it plans to install the new energy storage systems within the next two years.

The organisation says the move is part of the government’s plan to install around 6,000 “high-powered” charging points on the motorway network by 2035. It’s hoped the move will bring an end to ‘range anxiety’ for electric car owners by improving the network of charge points on key routes.

“We are working differently and innovating to support the switch to zero emission journeys,” said Malcolm Wilkinson, the head of energy at National Highways. “While we have limited control over the number of petrol and diesel cars on the network, by supporting the expansion of the rapid charge points network, we hope to increase EV drivers’ confidence for all types of journeys, both long and short.

“These new Energy Storage Systems and the rapid chargers they supply will ensure that motorists are unlikely to be caught without somewhere to charge, which is a fantastic move for drivers and the environment accelerating the speed in which we transition to new electric vehicles.”

More on electric car charging in the UK: 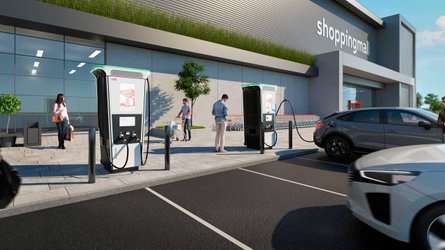 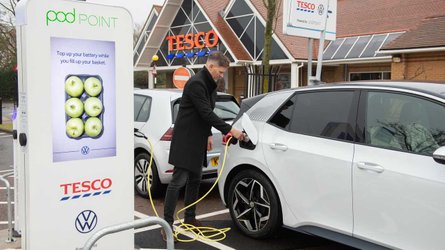 “Our vision is to have one of the best electric vehicle infrastructure networks in the world and we want charging to be quick and easy for all drivers,” she said. “This additional investment will ease drivers’ range anxiety as we continue to power up the green revolution.”