With the refreshed Audi A8 squarely in the rearview mirror, the German automaker is focusing on updating the smaller A6. A fresh batch of spy shots provides us our first look at the redesigned saloon – and it’s not an entry-level trim, either. However, Audi is hiding the new car’s new look under a pair of camouflage wraps, obscuring the changes.

It looks like Audi dipped the A6’s tips in a vat of camouflage, hiding the bulk of the changes the company is expected to make to the front and rear fascias. Unlike the A8, the A6 won’t have as radical of a redesign – and the A8’s refresh was tame. The headlights appear to retain their current shape, though they should have a new interior design signature. The front end could get a tweaked grille, redesigned intakes, and a massaged bumper.

At the rear, changes will likely be even more subtle, so don’t let the swathe of camouflage fool you. There will be a restyled bumper and new taillight graphics. This test vehicle wears an S-Line badge on the wings/fenders, which indicates it’s a bit sportier and upscale than your standard A6. Inside, we expect Audi to make only a handful of small changes, and most of those will likely relate to the infotainment system. 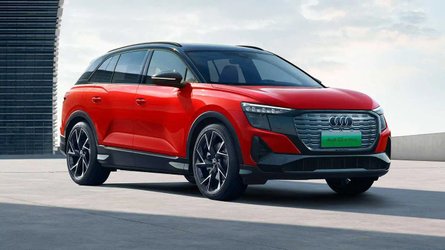 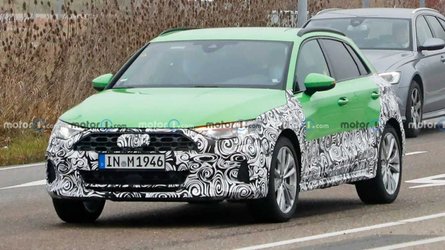 Potential Audi A3 Allroad spied for the first time

Audi’s subtle hand will also find its way to the engine bay, with the updated A6 continuing its use of the current crop of powertrains. The company could make a few tweaks to the engine lineup, but don’t expect any revelations when it debuts. The facelifted Audi A6 is expected to debut sometime next year and arrive as a 2023 model. Audi could have a variety of new bumper designs for the refreshed model, so we’ll keep an eye out for future spy shots that show a non-S-Line trim.