Speaking of video games, the car is named after the giant robotic dragon boss from Mega Man 2.

Few designs still manage to surprise us as we've seen our fair share of boldly designed cars over the years. Leave it to Chinese automakers to come up with something as quirky as the Saloon Mecha Dragon. But first, let's decipher the car's rather unusual name. Well, "Saloon" is a new electric sub-brand of Great Wall Motors (GWM) and Mecha Dragon is a nod to a boss you have to fight in Mega Man 2.

If you're unfamiliar with the fictional character, it's basically a flying hydrogen balloon with a dragon tail and head that spits out flames. Unveiled at the ongoing Auto Guangzhou 2021, the wild EV fully embraces the mecha (robots, androids, cyborgs, etc.) look, and dare we say, it would fit quite nicely in a Grand Theft Auto title. It's certainly an acquired taste with its abundance of lines and angles combined with a fastback derrière.

A trend we've seen recently in Chinese cars, including the Ford Evos, the Saloon Mecha Dragon features an ultra-wide infotainment covering about half of the dashboard. It's joined by a fully digital instrument cluster, with the lateral air vents taking up the rest of the available space on the dash. The EV appears to be a five-seater, although the middle seat in the back with its darker bluer finish is quite narrow.

We can't help but notice the cup holders look a lot like those of a Porsche Panamera, but the cabin itself looks like a nice place to be in. The LED ambient lighting seems a bit too bright, although that might just be an effect created for the press images. Two-spoke steering wheels appear to be making a comeback, and there's a lot of blue inside considering the lower half of the dash is finished in a lighter shade.

As for technical specifications, the Saloon Mecha Dragon (we still can't get used to the name) boasts dual electric motors with a total output of 543 bhp (405 kilowatts) and 750 Newton-metres (551 pound-feet) of torque. It uses a large 115-kWh battery pack providing enough energy for a range of 802 kilometres (nearly 500 miles) in the China light-duty vehicle test cycle (CLTC).

It apparently supports fast charging at 480 kW, which eclipses the likes of the Porsche Taycan and Hyundai Ioniq 5 as well as their mechanically related siblings. Charging at maximum power for 10 minutes will juice up the battery to provide 401 km (250 miles) of range. Local media reports the car has no fewer than four LIDARs and more cameras as well as sensors than we can count for advanced driver assistance systems.

Here is Great Wall's source of inspiration for the car's name: 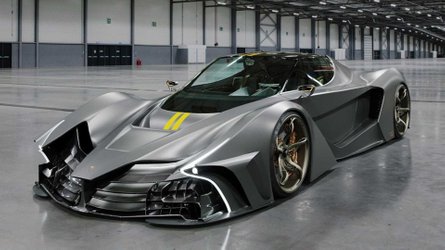 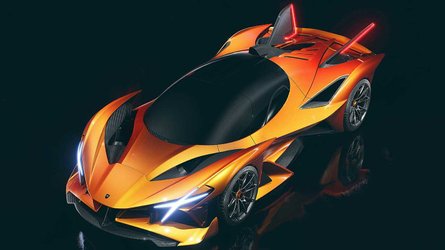 Apollo Project Evo is the otherworldly successor to IE hypercar