Believe it or not, Tesla Model 3 windscreen deflects massive rock

What would drive a person to commit these acts? Well, it is believed the rock thrower was under the influence of something at the time.

Maybe Tesla should have used a Model 3 instead of a Cybertruck when they wanted to prove just how break-proof the glass on Teslas is, because it is certainly impressive. In this video we can see a man who was allegedly under the influence of something (either drugs or alcohol or possibly both) who threw a big chunk of rock at a Model 3’s windscreen as it was driving by.

Surprisingly, it was the rock that actually shattered, and the windscreen kept its structural integrity. According to a later report, all the impromptu projectile left on the glass was a small mark, but nothing major. We don’t really have too many details about this incident, other than the fact that it took place in Portland, Oregon USA.

The driver was just minding his own business, driving his Model 3, when the attacker who was by the side of a road, came up to the car as it approached him and proceeded to hurl the rock at it. Based on how easily the stone shatters, it was likely a less dense type of rock, whose density was below that of the glass itself, otherwise, it would have been the windscreen that gave in; it was also not a very big rock, again helping the glass stay in one piece.

Furthermore, had the glass actually broke through, it could have hurt the driver, who would have been hit by the rock itself and shards of glass. There have even been deaths in the past associated with with incidents like this, so throwing rocks at cars is a way for people to get hurt and yourself thrown in jail - we hope this is what happened to the person throwing the rock in the video, although we don’t have any information on the denouement. 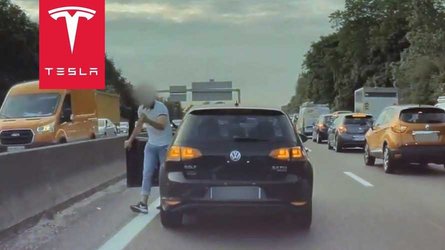 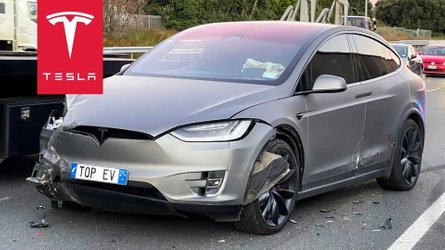