Back in the day, 200 mph was reserved for supercars and low-slung sports cars. These days, even lumbering luxury crossovers can get close to that mark, when these are tuned, that is. One of them is the Audi RS Q8 by MTM, and it's quite the shocking sleeper.

But first, some stats about the standard RS Q8. The two and a half-ton high-performance crossover uses a 4.0-litre, twin-turbo V8 engine that's been seeing action in several Volkswagen Auto Group products. When fitted to this model, it's good for 591 bhp (441 kilowatts) and 590 pound-feet (800 Newton-metres) of torque. Despite weighing over 2,268 kilograms (5,000 lbs), the boosted V8 is strong enough to propel the RS Q8 to 60 mph in less than four seconds. 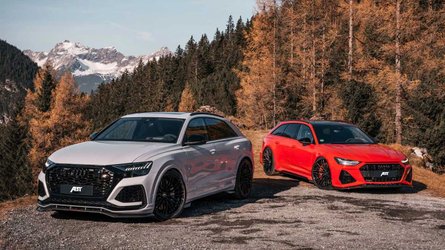 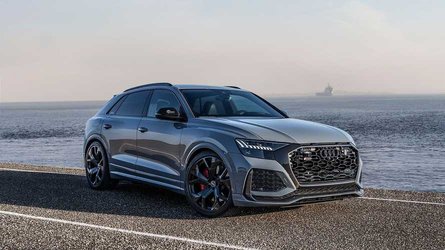 Modified Audi RS Q8 is so loud, it might scare the Lamborghini Urus

So just how fast can the MTM RS Q8 run on the Autobahn? The folks from MotorOliTV borrowed it from the tuning company to find out. A bit of a spoiler alert, it doesn't quite reach the magic 200 mph number according to the GPS readout. The number displayed on overly optimistic speedometer is quite the sight, though. Nonetheless, something as sizeable as the RS Q8 hitting those speeds in an impressive feat.

But perhaps the best thing about the MTM-tuned Audi RS Q8 is its exterior. There are no wild embellishments or bulky body kits attached to the crossover. It rides a little bit lower than the standard model, and it still wears the factory option wheels to divert attention. There isn't even an MTM badge, so it doesn't give any hint about the extra power that lurks under the bonnet.

It's easy to call these high-performance crossovers pointless because of the weight and aerodynamics. Still, those models make for interesting sleepers that can give a lot of sports cars a good scare, especially when they fall in the hands of tuners.