It was literally raining money that unfortunate bystanders couldn't spend.

A traffic incident on northbound Interstate 5 near Tamarack Ave in California happened Friday morning. The incident sent money raining all over the motorway.

The California Highway Patrol told CBS News 8 that the minor accident involved an armoured car. Shortly after the incident, the armoured truck's door popped open, which caused bags of cash to fall out of the vehicle and burst open. This sent money flying across the motorway, even reaching the southbound lanes. The accident, which looked like something lifted from a movie scene, froze traffic in both directions.

Social media posts saw people going bonkers over the rain of cash, but CHP implored individuals who picked up some of the bills to have them returned.

"We're working with the FBI now, it's a joint investigation and if you have picked up any of the cash, I highly suggest you turn it in to the CHP office immediately because we do have a lot of evidence to follow up on," a CHP spokesperson said in the CBS report.

As seen in the embedded video above, people are seen picking up cash on the road. CBS reported that at least two people were placed in handcuffs at the scene.

Spills of a different kind: 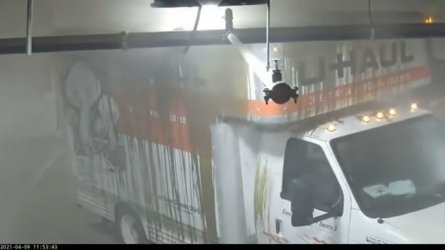 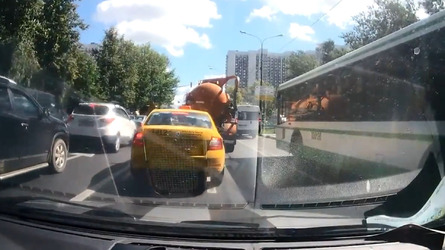 Before you sprint to the said area, let it be known that traffic within the area has been restored by 11:00 a.m. after being backed up for a few hours.

San Diego FBI Public Affairs also has something to say about the incident:

The FBI responded in support of the California Highway Patrol, who has taken the lead on this matter. We will defer questions about the investigation, arrests, and applicable charges to the CHP. The public should provide all information regarding this incident and is directed to return all monies, to the CHP.