More than half have been caught belting out a favourite song while stuck in traffic.

Six in every 10 Brits regularly sing in the car, with more than half having been caught belting out a song while stopped at traffic lights. That’s according to a new study by Volkswagen Financial Services, which found 64 percent of the population belt out their favourite songs while behind the wheel.

The survey of 2,000 Brits revealed people living in Wales and the south-west of England are the most likely to be the stars of their own cars, with 69 percent of respondents in these areas admitting to singing in the car. However, drivers in the south-east were more likely to be caught singing in their car by other drivers, with 59 percent saying that had happened to them.

British singer Adele is one of the artists UK drivers are most likely to sing along with, according to the survey, sharing top spot with fellow Brit Ed Sheeran. Other popular choices included Dolly Parton, Elton John and Tom Jones.

Perhaps that goes some way to explaining why many drivers listen to older hits on the radio, with 33 percent preferring tunes from the 1980s and 30 percent opting for 90s music, while indie tunes were favoured by just 11 percent of respondents. Again, though, there was regional variation, with 42 percent of Scots choosing 80s music while those in the Midlands are the biggest fans of 90s hits. 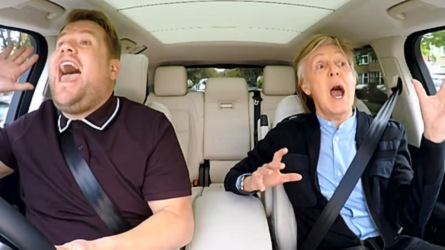 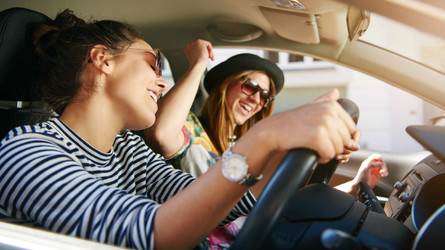 These Are The Songs You Should Listen To In The Car

“Our personal vehicles have become more important than ever over the past 18 months, but it’s wonderful to see that the time we spend in our cars is being used positively, too,” said Charlotte Cheeseman, the head of marketing at Volkswagen Financial Services UK.

“Britain’s love of driving is clearly alive and well and as commuting starts to become more frequent, I’m sure lots of people are looking forward to expressing themselves with more solo singalongs! I think our research highlights that car journeys allow people to escape from everyday life and these insights illustrate the power of having a private space in which to relax on a regular basis.”