UK: Half of over-60s support testing of older drivers every five years

And almost as many would like to see restrictions imposed on those who aren't up to snuff.

More than half of UK motorists over the age of 60 would back the idea of retests for older drivers, according to new research. A study by IAM RoadSmart, part of the Institute of Advanced Motorists, found more than 50 percent of over-60s were in favour of tests every five years after drivers hit 70 years old.

Under current rules, drivers have to renew their driving licence every three years after they reach the age of 70. However, that process simply requires drivers to fill out a form and a medical declaration. There are no checks to find out whether the driver is competent behind the wheel.

But IAM RoadSmart’s study of more than 3,000 drivers aged 60 or over found 55 percent were in favour of drivers being retested every five years once they reach 70. And 46 percent said they were in favour of restrictions being imposed on some drivers, with limits on whether motorists can drive in the dark or on motorways.

“Far be it from being driven off the road, our research shows that many older drivers are confident in their driving and happy for their health and driving skills to be periodically tested to determine that they are still up to scratch,” said Neil Greid, the director of policy and research at IAM RoadSmart. “With the extended backlog of patients waiting to see a GP, we would encourage older drivers to independently monitor behaviours or health patterns which may impact their driving habits and general health more than usual. In cases where there is any doubt, older drivers should temporarily put the brakes on getting in the driver’s seat.”

“Flexible licences are already used in some countries, including the USA and Australia. In these places, following an official assessment, older drivers can continue behind the wheel, but in a restricted area, type of road, or time of day. IAM RoadSmart supports a flexible driving licence pilot project in the UK to test whether this approach would allow some older drivers to maintain their mobility and still reach local services. This would maintain their quality of life as well as reduce the cost to society of bringing services to them. 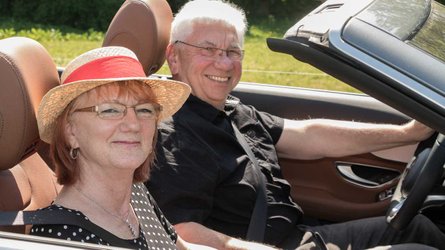 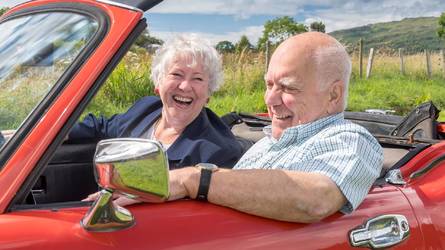 “The fact that over half of older drivers are willing to undergo extra driving checks bodes well for the policy changes we advocate. These include an immediate review of driver licensing, offering mature drivers reviews on prescription and a joint education campaign to help drivers start to plan for their future mobility needs. With everyone moving in the same direction, we can drive down accidents on the road, making Britain’s roads an even safer place to be.”