Tesla Model X with bulletproof glass vs AK47: Does it hold up?

Sadly, while the bulletproof windscreen works as advertised, some of the shots didn't land as planned.

We're always on the lookout for unique content, and it's been a spell since we covered a bulletproof Tesla. Sure, there have been several over the years, but this video featuring a Tesla Model X – with only about 200 miles on it – versus an AK47 is sure to attract some attention.

YouTube channel FullMag replaced the Model X's front windscreen with a bulletproof version from Armormax. The only way to know if it really works is to put it to the test. The channel fires at the Model X from a very close distance using not only an AK47, but also a 50 calibre BMG, and an MP5 submachine gun.

The goal here is to shoot the heck out of the Model X, hopefully only hit the windscreen, and then assess the damage later. Right off the bat, things don't go as planned. The shooter puts one of the first bullets into the frunk cover.

As the testing goes on, there is obviously additional damage to the Model X, aside from its windscreen. However, as FullMag points out, there's no fire, which makes sense due to the area where damage is happening.

Toward the end of the video, it's time to check out the damage. The host jokes that he paid for Full Self-Driving, so he hopes the car still works. The Model X throws some errors about the air conditioning. Upon closer inspection, it appears that one of the bullets that passed through the bonnet damaged the AC line. There's some other minor damage, but it seems the Tesla will be okay after some relatively minor repairs.

The video is quite long, and many of its points are proven rather quickly and easily. So, if you don't want to watch over 20 minutes of gunfire, you can tune into the chapters that interest you. FullMag provided the following topic and timestamps:

Check out more articles and videos about bulletproof Teslas: 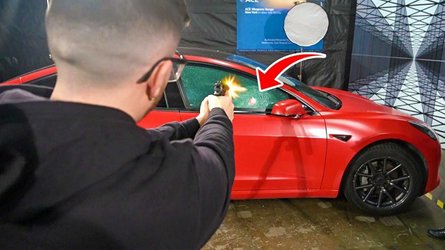 Does a bulletproof Tesla stop bullets? Let's shoot it to find out
⠀ 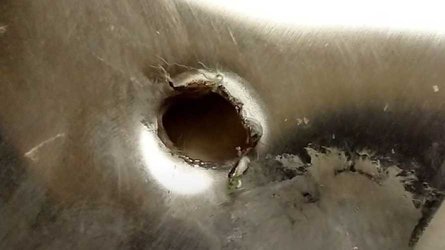 Is the Tesla Cybertruck actually bullet proof? Let's shoot its metal to find out