JPMorgan Chase says Tesla owes it either stock or cash based on earlier stock warrants.

According to recently released documents, it has become clear that JPMorgan Chase has sued Tesla for $162 million. The lawsuit suggests that Tesla and Elon Musk breached a contract that was related to stock warrants following a share price rally. Now, JPMorgan is insisting that Tesla pay up.

We regularly admit that we're not financial writers at InsideEVs, nor do we have a thorough understanding of the stock market. However, it seems Elon Musk's infamous "funding secured" tweet, in which he said he was planning to take Tesla private at $420 per share has a heavy hand in the situation here. Reuters shared:

"According to the complaint filed in Manhattan federal court, Tesla in 2014 sold warrants to JPMorgan that would pay off if their "strike price" were below Tesla's share price upon the warrants' expiration in June and July 2021."

Basically, JPMorgan asserts that its warrant contracts with Tesla gave it the authority to reduce the strike price after Musk tweeted that he'd be taking Tesla private. However, JPMorgan also moved the strike price back up to a degree after learning that Musk wasn't going to move forward with the plan.

That said, by the time the warrants expired, Tesla's share price had soared by about 10-fold. According to JPMorgan, the rise in price required the electric automaker to either deliver promised shares or cash. An excerpt from the lawsuit reads:

"Though JPMorgan's adjustments were appropriate and contractually required. Tesla has flagrantly ignored its clear contractual obligation to pay JPMorgan in full."

Tesla, on the other hand, has pushed back against JPMorgan's adjustments to the strike price, saying the company was trying to take advantage of Tesla's share volatility.

This is a developing story. As the lawsuit unfolds, we'll keep you updated about the results. 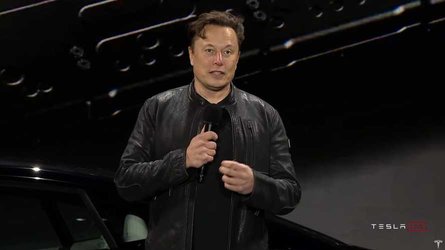 Elon Musk offloads $5 billion worth of stock, will he sell more?