Hard to believe the one-off was built 42 years ago.

Few remember the Aston Martin Bulldog, but the concept introduced way back in 1979 was the fastest car at its time, managing to reach a respectable velocity of 192 mph (309 km/h). As impressive as that may sound for 41 years ago, it fell quite a bit short of Gaydon's projection that the wedge-shaped supercar would reach 237 mph (381 km/h).

The original agenda was to make 10 to 15 cars, but plans for a limited production run were scrapped and only one was ever built. The V8 machine with its gullwing doors was styled by William Towns, while chief engineer Mike Loasby was in charge of the project before heading to DeLorean. Speaking of which, the Bulldog and the DMC-12 that came out just a couple of years later have a somewhat similar shape. The unique AM has been recently restored and was spotted the other day in London.

Captured by YouTuber TheTFJJ, the peculiar concept car was in some rather interesting company, being joined by a Bizzarrini 5300GT Strada and a rare Bentley Continental GT styled by Zagato. To say the Bulldog's design was ahead of its time would be an understatement since it looks rather futuristic even by 2021 standards. It's also living proof that gullwing doors make virtually any vehicle look cool, from the iconic Mercedes 300SL to the quirky Autozam AZ-1 kei car. 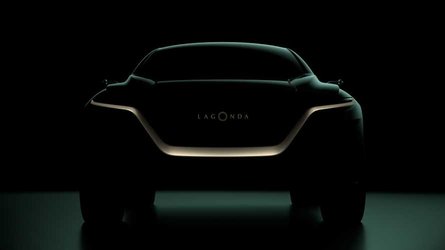 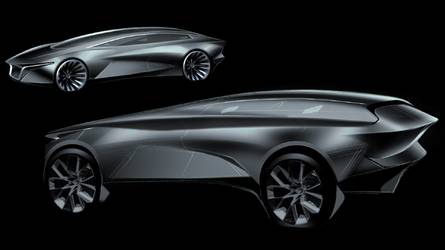 The mid-engined Bulldog had a twin-turbo 5.3-litre engine pushing out 600 bhp and 500 pound-feet (678 Newton-metres) of torque back in the day. Owned by Phillip Sarofim, the supercar was restored by Classic Motor Cars down to the last bolt to prepare for another top speed run with the quest to crack the 200-mph barrier. It now has a modern fuel injection setup, a strengthened gearbox, and even a nose lift system.

The V8 engine still needs some work and the people working on it are aiming for 650 bhp. Once the car is fully restored, Aston Martin racing driver Darren Turner will get behind the wheel and try to extract those missing 8 mphs from the first attempt many moons ago.

As a reminder, the fastest AM ever is the Valkyrie, which recently entered production and has a claimed official top speed of 250 mph (402 km/h).