This isn't the grand finale organisers planned for.

Fireworks and Saturday night banger racing. Few things go together so well, but for this particular track in the UK, the pairing wasn't quite the show people were expecting. Fortunately, we haven't heard of any injuries resulting from this very unplanned grand finale. And that's something, because the video above shows a rather dramatic scene.

According to the Daily Mail, this very unusual fireworks display took place on 6 November at Ringwood Raceway near Ringwood, not far from the southern coast of England. It was apparently part of a special festival that included the display as well as banger racing, which is a basically a type of demolition derby. As the fireworks were going off, one apparently landed in the back of a truck full of unlit fireworks parked near the display centre. You can image what happened after that. 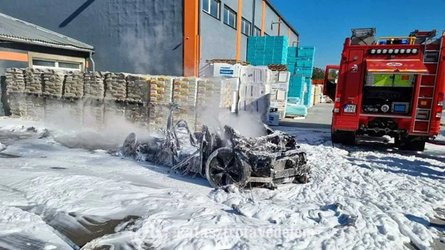 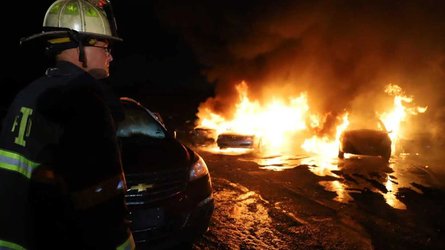 Actually, you don't have to imagine because someone in the crowd captured the madness on video. The contents in the bed go up in flames, setting off various fireworks at random. Amazingly, the video shows a few people near the van while this is happening, apparently unfazed by the random explosions and streams of shells blasting into the sky. Crews eventually bring the blaze under control, with the report stating the fire was out by the time firefighters arrived. Yes, that suggests there wasn't a fire truck already on standby at the show.

It might not be a surprise, then, that a report from the Dorset Echo suggests the event was actually something of a train wreck before the fire broke out. Several people at the show claimed fireworks were haphazardly launched and blasting into the crowd before one landed in the truck. Some reportedly hit people, and it certainly seems like a bad idea to have an open-bed vehicle filled with fireworks in the vicinity of the display, never mind at the show centre. The report even claims that racing allegedly started while the truck was still smouldering. Blimey. 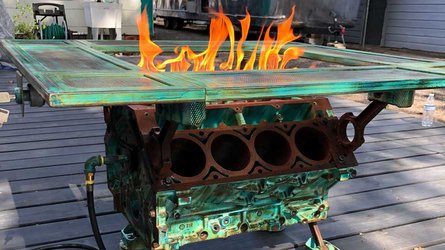 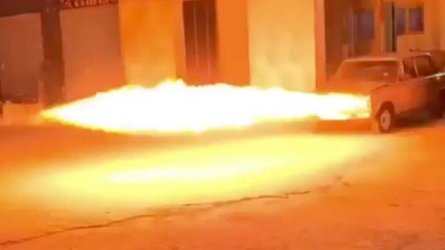 Flamethrower car comes from, you guessed it, Russia

There's no mention of the incident on the track's website or Facebook page. We're obviously happy there were no reported injuries, but if the video is any indication of the track's prep work for shooting off fireworks, perhaps the organisers should just stick to racing for future events.