No rematch is needed for this mismatch.

A damp race track is terrible for traction, but it didn’t stop the Archie Hamilton Racing YouTube channel from pitting the Audi RS6 Avant against the Porsche Taycan Turbo S. Who would pass up that opportunity? It’s another mismatched drag race, though, with the all-electric Porsche making much more power than the combustion-powered Audi. However, getting a good start is key to winning, and the rainy conditions help neither.

It’s not evident at the beginning of the first race as the Porsche falters to leap from the starting line. The Audi gets a good start, but it’s short-lived. The Taycan quickly passes it, leaving it behind, and crossing the finish line several car-lengths ahead of the Audi. The second race sees the Porsche get a much better start, though that spells disaster for the Audi that just cannot compete with the Taycan’s potent all-electric powertrain. 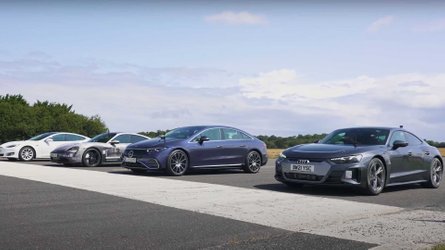 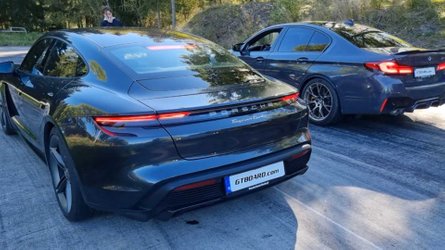 The rolling race, which starts from 30 miles per hour (48 kilometres per hour), is a bit fairer, though it’s still a huge loss for the Audi. The Porsche gets a clear lead right from the jump, though it doesn’t pull away like it did in the earlier bouts. A rolling race against a car with more power than the Audi could threaten Porsche’s dominance. Porsche is famous for its performance, and it’s a title it’s not ready to lose with EVs.