It debuts on November 11 and lands at the Los Angeles Auto Show a few days later.

Regarding the Solterra, there isn't much left for Subaru to hide at this point. The Toyota-shared electric SUV was teased some time ago in a clever image showing it reflected in a small water droplet. Unfortunately, Subaru failed to consider some people might enlarge that photo (rather easily, in fact) so from a profile view, it's all but revealed.

That isn't stopping Subaru from marching forward on the teaser train. We glimpsed the Solterra's headlights and backside in a video from September, and now the automaker offers an up-close look at the rather chunky front wings/fenders. The inner arches are merely round, but the straight lines on the thick black cladding around the openings are designed to give the Solterra a more rugged, off-road appearance. Based on what we've seen thus far, the jury is still out as to whether it's a good look.

One thing not debatable is how close the Solterra is to its Toyota sibling, the bz4x. Recently unveiled in production form, Toyota co-developed the bz4x and Solterra and at a glance, it will be difficult to tell which is which. Both have the same body design, right down to the chunky wings/fenders and boomerang-style taillights. The headlights are the same, the front fascia is nearly the same, and even the wheels are the same, save for Subaru or Toyota caps in the very centre.

Toyota and Subaru working together: 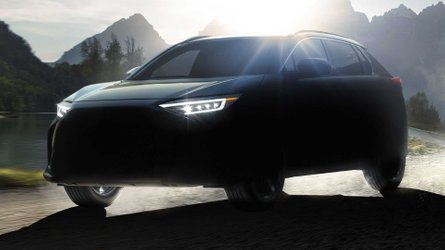 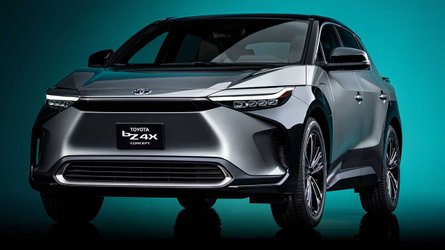 As such, we're extremely interested to learn more about the Solterra and how it will actually differ from the Toyota. Interior teasers do suggest some slight alterations in the greenhouse, and we suspect the Solterra – being a Subaru – will only be offered in a dual-motor configuration for all-wheel drive. The bz4x will offer a single-motor version turning just the front wheels.

Our questions should be answered soon. The Solterra makes its world debut on November 11, followed closely by its in-person debut at the 2021 Los Angeles Auto Show. The show opens to the public on November 19 and runs through November 28.