UK: Can Porsche Taycan redeem itself vs 911 Turbo S in a wet drag race?

ICE won over a year ago, but can the electric four-door win this time around?

More than a year ago, a Porsche Taycan Turbo tried its luck in a Porsche 911 Drag Races Taycan In Turbo S Duel, courtesy of Carwow. The 992-generation top-spec 911 won that straight-line matchup, proving that weight matters despite the electric Porsche producing more power and instantaneous torque.

But here are the two cars again on the same tarmac only this time, the surface is wet. As you would have guessed, this situation puts the Taycan at an advantage with its better traction control system, inherent with electric cars. But is that enough for the Taycan to be able to redeem itself in a drag race?

But first, let us remind ourselves of the numbers, just so everyone is aware of what we're dealing with here. 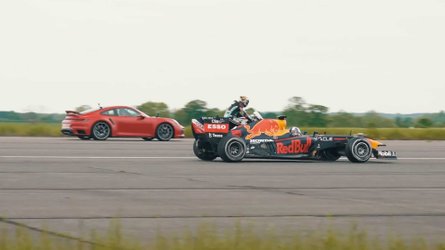 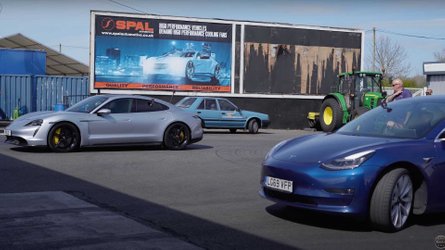 Despite the advantage in terms of power output, we all know that the 911 Turbo S can still beat the Taycan Turbo S as initially mentioned. Will that change in a slippery track? How about when the stability systems were turned off? Will that make any difference? Watch the drag race video atop this page to find out.