It's a design element that won't die with the brand's first production EV.

After two research prototypes of electric vehicles, Rolls-Royce will finally move to a production zero-emission model in late 2023. A recently released series of teaser images hinted at what to expect from the so-called Spectre electric vehicle, though the camouflaged car from the photos didn’t reveal much about the final design.

It seems, however, that there is at least one aspect of the design of that vehicle that won’t change dramatically compared to the existing combustion-powered Rolls-Royce models. The company’s CEO Torsten Muller-Otvos recently said there’s no way the giant radiator grille will disappear with the launch of the EV. Obviously, it won’t have the same role, but it will be there.

“Watch this space. I don’t want to give anything away, but one thing I can tell you is that it will be a proper, proper Rolls-Royce. It deserves the nameplate, it will be peerless and our clients will love it. First of all, we are building a Rolls-Royce, and secondly, it’s electric – not the other way around,” he told Autocar.

While that’s not a firm confirmation there will be an actual grille at the front of the Spectre, Autocar reports it’s a design tradition that won’t die easily. From the teaser images released in September, it’s difficult to see whether that’s true, though the high nose of the camouflaged prototype clearly implied there’s a traditional Rolls grille underneath the disguise. 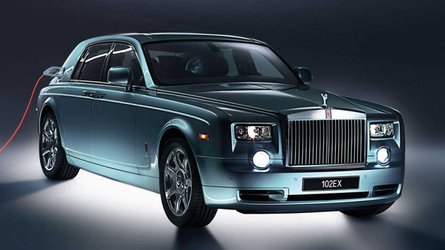 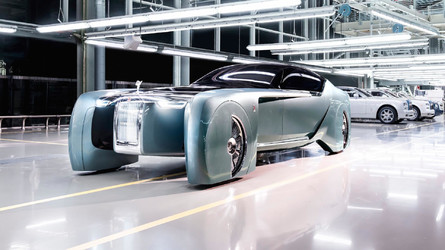 For now, the Goodwood-based luxury marque is keeping the details surrounding its first production EV in secret. Just recently, another Autocar report expressed Muller-Otvos’ concerns about the new electric model’s levels of noise. The CEO believes the lack of engine sound will make the road and wind noise more notable in the cabin, though he assured he and his colleagues “have super experience in understanding how to tackle that.”