The Transport Select Committee says the Department for Transport has failed to deliver the promised safety improvements.

A cross-party group of MPs has urged the government to stop the rollout of all-lane running smart motorways. The House of Commons Transport Select Committee says work should be “paused” after the Department for Transport (DfT) “failed to deliver on promises” to implement safety improvements.

In a new report, the House of Commons Transport Select Committee (HCTSC) has suggested the government should “pause the rollout” of all-lane running smart motorways until five years of safety and economic data is available. It has also recommended that safety improvements should be “delivered and independently evaluated” before all-lane running is reintroduced.

All-lane running, which sees the hard shoulder used as a ‘live’ lane to increase motorway capacity, was criticised by the HCTSC in 2016, but the latest report says the safety improvements promised by the DfT and Highways England (now called National Highways) “do not fully address the risks”. Worse, the report says safety risks should have been addressed before the smart motorway schemes were rolled out, but instead “promises to prioritise improvements were broken”.

In particular, the HCTSC pulled the authorities up on plans to introduce stopped-vehicle detection on all-lane running motorways. In 2016, the committee says it was told this technology, designed to close lanes automatically when a car breaks down, would be introduced on all new smart motorways and retrofitted to existing stretches. Now, the committee says the task will not be completed until 2022.

The Transport Committee has now asked National Highways and the DfT to retrofit all-lane running smart motorways with refuge areas that are a maximum of a mile apart, and insert the German-style “emergency corridor manoeuvre” into the Highway Code, creating a channel for emergency vehicles when there is no hard shoulder. The committee has also recommended an independent evaluation of safety technology and an evaluation of progress on dealing with breakdowns.

“The Minister for Roads described England’s all-lane-running Smart Motorways as ‘the most scrutinised 141 miles of road in the world’,” said Huw Merriman, the chair of the Transport Committee. “It is right we do so because lives have been lost and many motorists feel unsafe using them. More action is needed to demonstrate their worth.

“Some 40 percent of breakdowns on all-lane-running motorways take place in live lanes. This is too high. With stopped vehicle technology in place, it takes National Highways an average of one minute to close the lane. In 2016, our committee was told that this safety technology would be introduced for all new smart motorways ‘going forward’ and retrofitted for existing stretches.

"The former Chief Executive of National Highways told us in 2019 that a number of lives would have been saved had the technology been in place sooner. To be told that this technology is being delivered 12 months early, by 2022, is an extraordinary claim given it is now five years late.

“Only when these safety measures have been brought in, when enough time has been afforded to assess the safety of smart motorways over a longer period and when the Office of Rail and Road, as the independent road safety regulator, have been given powers to evaluate it, should we move to roll-out more miles of smart motorway.” 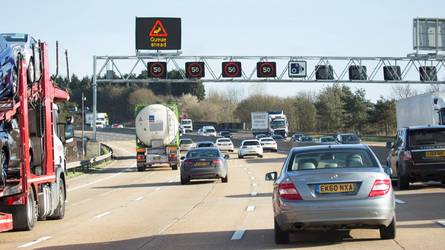 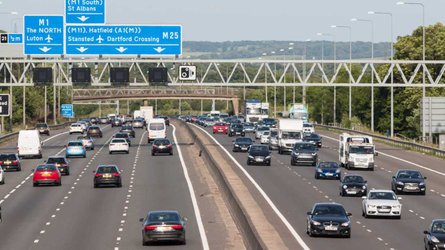 UK drivers have 'no trust' in smart motorways, research claims

The RAC welcomed the new report, even though the government is not obliged to act on its recommendations. The motoring organisation’s head of roads policy, Nicholas Lyes, said all-lane running motorways were “unpopular” with drivers and questioned the wisdom of all-lane running when other alternatives are available.

“We welcome the committee’s report which once again raises many of the concerns about ‘all lane running’ motorways expressed by both drivers and the RAC,” said Lyes. “While the government’s stock-take added some much-needed urgency to making these roads safer, it remains the case that permanently removing the hard shoulder continues to be deeply unpopular with many drivers, with our research clearly showing that drivers are opposed to the removal of the hard shoulder because of the increased risks they are exposed to if they have to stop in a live lane.

“By the committee calling for the roll-out of all lane running smart motorways schemes to be paused, the government would have time to evaluate a more complete set of safety data. The committee’s call to retrofit existing smart motorways with more refuge areas would also make these stretches of road safer than they are today, something we’ve long called for. But whether these and other actions are enough to convince drivers of the merits of all lane running remains to be seen.

“We feel a huge question mark remains over whether it’s right that yet more money is spent on rolling out further all lane running smart motorways when there are clearly viable alternatives available. We’d like to see the government take a second look at the benefits of dynamic hard shoulder schemes as a matter of urgency.”