Can you spot the changes?

The Audi A8 L Horch will make its public debut next month at the 2021 Guangzhou Auto Show, but before it does, Audi has given us a look at the new luxury model. Sadly, this saloon is for China only right now, getting the brand’s coveted Horch badge that denotes its luxurious nature. The model receives a host of upgrades over the standard A8 that will help it compete against the new Mercedes-Maybach S-Class in the Asian country.

The elongated wheelbase makes the A8 L 130 millimetres longer than the standard A8, measuring a total of 5.45 metres long. That extra space between the wheels allows for a cavernous rear seat where the owners will spend much of their time being chauffeured around. Exterior upgrades include exclusive paint – a gray and a green, 20-inch polished wheels, and special Horch badging. Digital Matrix LED headlights and OLED taillights are both standard features.

Powering the machine is Audi’s turbocharged 3.0-litre V6 that pairs with its 48-volt mild-hybrid system. The powertrain will produce 340 bhp and 368 lb-ft of torque, which should be plenty as the saloon will emphasize comfort over pure power. It pairs with an eight-speed automatic gearbox and Audi’s Quattro all-wheel-drive system.

The A8 L Horch arrive with a B&O 3D stereo sound system, in-car fragrances, and a negative ion air purification system. The front and rear seats both offer eight massage modes, along with a host of technologies. Rear seats get a central infotainment screen to control various vehicle functions. There are also several Horch touches through the car’s interior, like on the rear centre armrest. 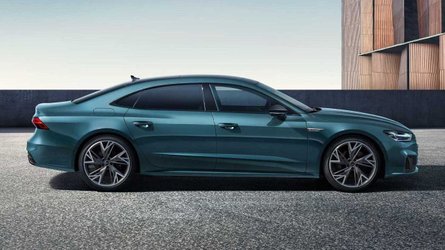 2021 Audi A7L officially revealed, and yes, it's a saloon 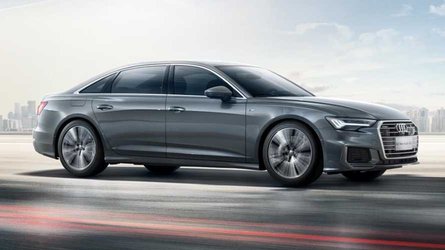 Audi will publicly reveal the A8 L Horch, presented as the Horch Founder Edition, on November 19. The new Horch doesn’t look drastically different from the regular A8, though the subtle badging gives away its true status.