Skoda Enyaq iV: All you need to know

Volkswagen Group is one of the established carmakers that is really putting some effort into the EV revolution. Much of their future is dependent on the success of the models coming out that are based on the MEB platform. Although the iD.4 may hit the bigger volumes, and the Audi Q4 e-tron may hit the more luxury market…there is another contender that sits right in between the two…and may be the more compelling option! Stay tuned for the details!

Let’s start off from the ground up. Of course, we’re talking about the MEB platform that the Enyaq is built on. For a lot of you watching, you’ll know exactly what that means, but for others, it’ll be completely new!

The MEB platform is a modular platform for electric cars produced by VW. They plan to use this for various models, with many more to be released over the coming years. It is being employed in sister cars such as the iD.4, Audi Q4 e-tron and even the smaller iD.3

It allows VW to build a ground up EV at scale on a platform that can be easily transferred across brands and models. The platform sits the battery pack down low in the centre of the car. The wheels are pushed out to the corners, and it resembles a skateboard in many ways. The great benefit to the customer is that we can get a cheaper car, with more internal space and functionality than a car that was simply adapted from a combustion counterpart.

So, what about design and styling of the Enyaq. Well, you can definitely see some styling queues shared with the Audi Q4 etron…maybe less so with the iD.4
It has a lot of sharp lines. It’s quite angular and there are a lot creases on the bonnet and along the side profile of the SUV. Despite being a ground-up EV, Skoda have employed the design language of the brand and installed a closed off grille at the front.

As you move around toward the rear, we can see that Skoda have gone for space inside. The roofline remains higher and it takes a boxier form than many other SUVs. What is a quite large and imposing rear is broken by a series of lines, almost shelf-like…the spoiler at the roof, just under the rear window and just below the boot or trunk opening.

Inside, the styling will have a lot to do with how you spec it. But those that like their Skodas will find comfort in its design. The umbrella built into a recess in the door is a nice touch to what is a functional interior. Ambient lighting gives some character. A 13” landscape screen dominates the dash and gives easy access to a whole host of functions and information, including Apple Car Play and Android Auto.

A vehicle like the Enyaq has to be functional as well as look good. Some of the appeal of the Skoda brand is the quality you get for the price…on top of the functionality and space. Just look at the likes of the Superb or the Kodiaq that have done so well for them traditionally.

Well, the Enyaq has plenty of space indeed. Although the SUV is just under 4.7 metres long, it has a hugely impressive 585 litre of space in the back. Fold the seats down and that expands out to 1,710 litres. That’s one of the benefits of a dedicated EV platform such as VW’s MEB.
Unfortunately there’s no frunk available, even if you only take the RWD option. It would have been nice to get even 50 litres in there, somewhere to store charging cables or a Friday night takeaway!

We know that you’re not exactly buying an SUV like this for track days, but what about performance? Tesla and the Model Y Performance have thrown down the gauntlet.

The Enyaq’s performance will obviously change depending on which battery and powertrain you opt for. But let’s indulge ourselves and talk about the upcoming RS version, the ‘sporty’ one. You get All Wheel Drive for a total output of 225 kW. That delivers 302 bhp and 339 lb-ft of torque. But what does that mean in terms of speed you ask! Well, top speed is 112 mph. And it’ll do the 0-62 mph sprint in 6.2 seconds.

So although it’s fast… it’s not exactly mind-bendingly fast! But then again, we’re talking about an SUV that’s mainly going to be dropping kids to school or heading to a theme park on the weekend. So how fast is fast enough?

Now on to the nitty-gritty that I really love…batteries, range and charging. What does the Enyaq have stuffed away underneath the floor?

Once again, there’s options. At the lower end, you can save a few quid and get the 55 kWh battery, 52 of which is usable. In terms of range, that’s going to get you 340 km or 210 miles on the WLTP cycle. But if you’re worried that’s not enough to get you around then you can go for the RWD drive motor with the 77 kWh usable battery pack that will get you 510 km or 320 miles of WLTP range…not too bad at all!

But of course range is all dependent on conditions. Pottering around town in mild weather, you could challenge the 400 mile mark. But take it on the motorway in winter with some luggage and people in the back and you might see that falling to the 200 mile mark. But then again, that’s still 3 hours of continuous driving on a motorway!

As for charging, the Enyaq equips itself reasonably well…but with a warning….and we’ll get onto that in a moment!

On a Type 2 AC charger, the Enyaq will take 11kW, which is pretty decent. But then again, that’s only if you’re hooked into a three-phase supply. If you’re at home, your charger may well only give out 7.4 kW. So for the bigger battery that’s a full 0-100% charge in about 10 hours.

On DC, the Enyaq will peak at 125 kW, which is not bad at all. And as we’ve said on this channel before, it’s all about the charge curve. The Enyaq fares pretty well there from what we’ve seen so far. You’re looking at putting in about 300 km range in a half hour if you can find a 150 kW charger.

But we’re on to the warning now, because the Enyaq doesn’t necessarily come with 125 kW charging as standard. You have to option it on some models, and the smaller battery is then limited to 100 kW anyway. And unfortunately, not everyone will be aware of the value of upgrading from 50 kW DC charging. We’re not impressed by that at all, and really would have liked Skoda to make it standard.

More from this video series 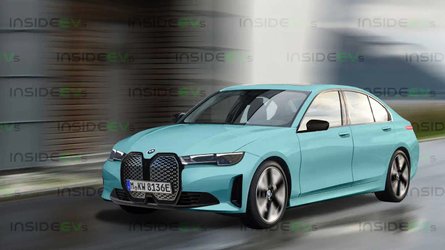 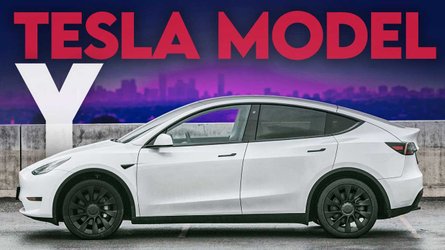