London mayor Sadiq Khan says the expansion will be good news for health across London.

London’s pollution-busting Ultra-Low Emission Zone is set to expand on Monday (October 25) in a bid to improve the capital’s air quality. The new-look zone is set to cover an area 18 times larger than the existing zone, and will see drivers of vehicles that fail to meet predetermined emissions standards charged to enter.

From Monday, however, the zone will expand to cover all roads inside the North Circular and South Circular roads, which form a ring around central London. Although the zone will increase in size, it will still operate at the same times, and drivers of non-compliant vehicles will still have to pay the same amount to enter the zone.

Transport for London (TfL), the government-financed organisation in charge of London’s transport network, says the expansion is necessary to improve the air quality in the capital city. According to the organisation, the existing ULEZ has seen more than 80 percent of vehicles that use the zone become compliant – up from 39 percent when plans for the zone were announced in 2017.

And TfL says the ULEZ has cut nitrogen dioxide (NO2) pollution in half in the centre of London, while the expansion of the zone is expected to cut NO2 levels by 30 percent. According to London’s mayor, Sadiq Khan, said changes were crucial to improve health.

“London's toxic air is a health crisis causing long-lasting harm to our children and contributing to thousands of premature deaths,” he said. “The Ultra-Low Emission Zone has already cut nitrogen dioxide pollution by nearly half in central London and the expansion of the zone on 25 October means many more Londoners across the city will enjoy the benefits of cleaner, healthier air.

“We need bold action to clean up London's air and whilst it's encouraging that four out of five vehicles now meet the current standards and won't have to pay the ULEZ charge, I advise all drivers to use the TfL checker to make sure your vehicle is ULEZ compliant. Our scrappage scheme will continue supporting motorists to ditch their polluting cars and make the switch to greener forms of transport as we drive towards a green recovery.”

More on the ULEZ in London: 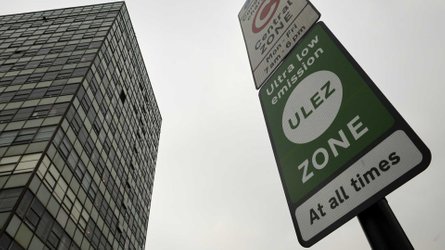 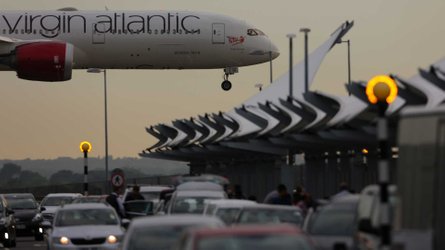 And the RAC said drivers should be aware of the changes before the new rules come into force, and check whether they need to pay the charge.

“While the majority will be unaffected by the expansion of the Ultra Low Emission Zone, around a fifth of vehicles don't comply, so it's vital drivers of cars, small vans and motorbikes use the TfL checker before 25 October or be prepared to pay a £12.50 daily charge,” said the RAC’s head of roads policy Nicholas Lyes. “Drivers should also remember that the ULEZ, including the new expanded zone, operates 24 hours a day, seven days a week.”