Remember this on your next visit to France.

The world will never run out of supercar police cars. Dubai has a fleet of it, while other countries have their own entries to reflect their heritage, such as Japan's Nissan GT-R police car. Some, like Italy's Lamborghini Huracan police car, doubles as a life-saver.

The latest addition to this segment of cars on the line of civic duty is the Alpine A110. While not exactly the first time, the latest news from France includes a move to order not one but 26 units of the French mid-engine sports car.

If you're a lawbreaker living in rural France right now, you better pay attention.

Here's an excerpt from France's Ministry of Interior's press release:

Following a call for competition initiated in June 2021, the Ministry of the Interior will acquire rapid intervention vehicles for the National Gendarmerie. The Renault company won the contract with the Alpine A110 Pure model; this contract was notified on October 11, for four years. An order of 26 copies has been placed.

The 26 Alpine A110 units are to be used by the National Gendarmerie. For the uninitiated, gendarmes are France's police force responsible for small towns and rural areas with fewer than 20,000 inhabitants. On the other hand, Police Nationale is responsible for Paris and other urban areas. The renderings above depict what the upcoming A110 police cars could look like, which Durisotti is assigned to customise. 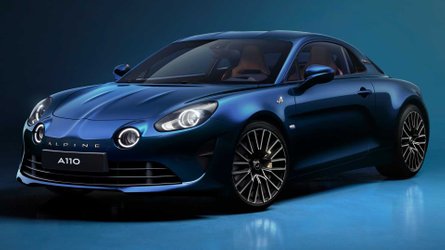 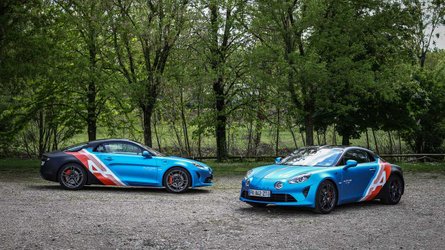 The French Ministry of Interior states that the A110 units will be used to "carry out interventions on the motorway, involving cars at high speed, as part of road safety or judicial police missions (drug trafficking, for example)."

The Alpine A110 is a lightweight sports car, powered by a turbocharged 1.8-litre engine making 249 bhp and 236 lb-ft of torque. James May regards his personal example as a downsized supercar for several valid reasons.