See if the old GT-R is still competitive against the newer German performance cars.

The folks at Throttle House have a three-car drag race to test the all-wheel-drive BMW M4 xDrive, Audi RS5 Sportback, and Nissan GT-R. The results are surprising.

The Nissan GT-R here has an aftermarket exhaust but its 3.8-litre twin-turbocharged V6 is otherwise stock. Throttle House quotes the output as being the stock 565 bhp (421 kilowatts) and 467 pound-feet (633 Newton-metres).

The first run is a traditional drag race, and in this case, it's mostly a test of each vehicle's launch control system. The M4's tech is the star, and the BMW shoots ahead. The GT-R is the slowest off the line, but the impressive top end lets the Nissan crawl back to take second place. That leaves the RS5 Sportback to be at the back of the pack. 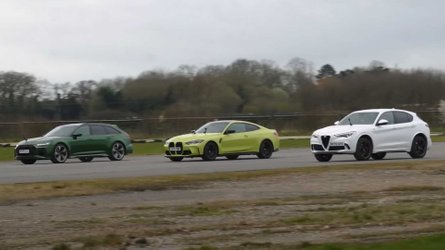 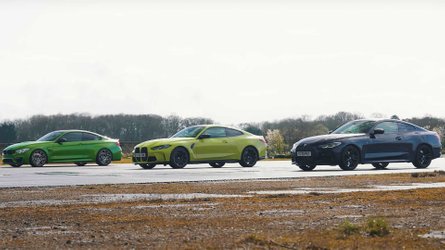 The second race is from a roll, and there's a surprising result. Despite being the oldest vehicle here in terms of the period of the original engineering, the GT-R scores the victory. The M4 is second, and the RS5 Sportback is third.

Finally, a secret weapon comes out. The standard RS5 Sportback goes away, and an Audi RS5-R from German tuner ABT replaces it. The company pushes the output to 523 bhp (390 kW) and 509 lb-ft (690 Nm) – there's a typo in the specs on screen in the video.

However, the results at the finish line are exactly the same as the first time. The M4 is in front. The GT-R isn't too far behind, and the ABT-tuned Audi is last.