McLaren may have revealed future model names in trademark filings

Alphanumeric McLaren names could go out of style.

Alphanumeric nameplates are common among European vehicles, and McLaren is among those who make use of this standard format – save for the Senna, Elva, Speedtail, and most recently, the Artura. However, the non-alphanumeric name for the lineup might expand in the future, as discovered in a set of trademark applications made by the automaker in the UK, the EU, and the US.

In the set of filings first reported by CarBuzz, three names are found: Solus, Aeron, and Aonic. Filed under motor vehicles, clothing and footwear, and toys on 7 October 2021, these three names might tell us what the names of future McLaren models are.

The trademark applications aren't a guarantee that the British marque will use these names, though. First, the applications are either in examination or pre-publishing status at this point, plus there were instances that McLaren filed for trademarks that they never really used.

Upon deeper search, we found out that McLaren has actually applied for names like Vion and Arkon last year, but both applications were withdrawn/surrendered at the time of this writing. However, the name Veo is still registered as of date, filed under sports cars and electronic games. 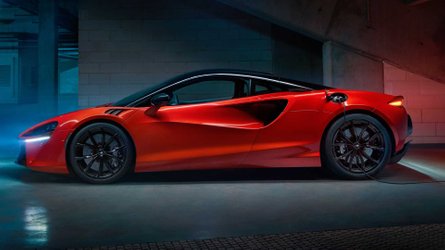 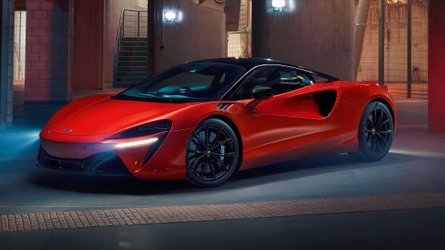 This isn't the first time that we've heard of Vion, Veo, and Arkon. In a report back in 2020 about McLaren's upcoming high-performance plug-in hybrid supercar, these names surfaced, along with the Artura, which we now know as the name of McLaren's newest model under the Sports Series.

As to which Series will the recently filed McLaren model names be under, your guess is just as good as ours. At this point, an announcement from the carmaker will be the confirmation, whether these nameplates will be the future occupants of the McLaren range or not.