After a failed first try, YouTuber "Chillin' with Chet" added 3.175 kilograms of weight to the £120k EV to prevent it from floating.

It is a well documented fact that EVs can wade through deeper water than internal combustion engine vehicles can. We’ve seen many videos of electric vehicles tackling floodwater that would have left any ICE vehicle stranded.

But did you know there’s a man who’s trying to turn a Tesla Model S Plaid into a submarine? Chillin' with Chet is his name on YouTube, and he attempted to drive his 1,020-bhp EV through 80,000 gallons of water a few weeks ago.

The problem was that the Model S Plaid failed to sink, floating from point A to B instead. For his second attempt, the owner did his homework and added more than 3,175 kg (7,000 pounds) of weight to help keep the car glued to the bottom of the artificial water body.

Surprisingly, the Model S Plaid’s suspension handled the increased weight extremely well, and the total vehicle weight of around 5,897 kg (13,000 pounds) allowed Chet to keep the tyres on the ground and completely submerge the car as he drove through.

Why do something this crazy, though? Chet explains.

"Well I have never seen such a stunt, especially with an electric car and figured doing something like this would give us a huge jump start and bring a wide variety of eyes to my channel. Plus doing it with a brand new Plaid would be the cherry on top."

He certainly got the attention he wanted, and he didn’t even have to sacrifice his car. Obviously, the Model S Plaid became inoperable after the stunt, but one day of sitting and drying later, the EV started working normally once again, as if nothing had happened.

Naturally, the car underwent some preparation before going underwater, including covering the body gaps with tape to prevent water from flooding the cabin. Speaking of the interior, you’ll notice in the detailed video above that the Plaid had its passenger seats removed in order to make room for the ballast.

Check out the entire video to see how this Tesla Model S Plaid earned the “Submarine” nickname, but please don't try this at home. 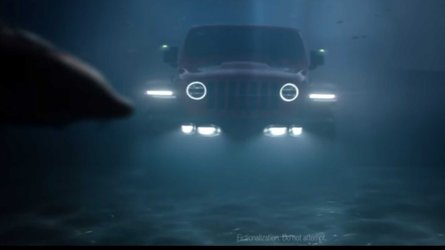 Jeep thinks all-electric Wrangler could double as submarine by 2030 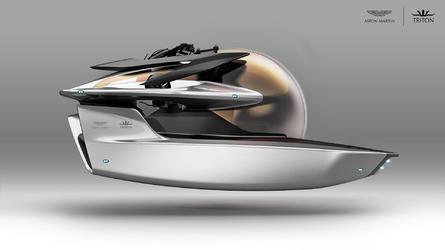