No, it's not a Porsche or a Mustang.

Richard Hammond is getting serious about his new car restoration series on Discovery+ and is trying to get as much attention surrounding the show’s launch as possible. After selling some of his classic cars to make room for new ones and fund his new project, Hammond is now giving us a walkaround tour of his most precious daily ride. And no, it’s not a Jaguar, a Ford Mustang, or a Porsche 911.

It’s actually something way more trivial and practical, and you probably won’t be surprised to hear Hammond’s favourite daily-driven car is a modified Land Rover Defender. In a new video on the Drivetribe channel on YouTube, the ex-Top Gear host gives us a quick review of his Defender, and it’s a typical Hammond review in which he focuses on the more unusual aspects of the car.

The more you know: 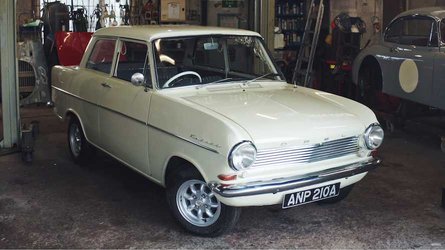 Richard Hammond has plans to restore Oliver the Opel
⠀ 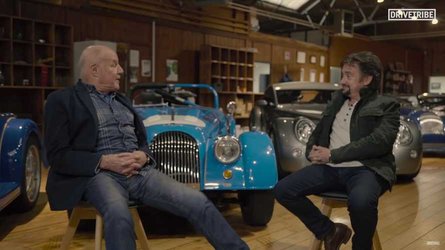 In fact, he’s not even talking about the car itself but about the stuff he has inside that he needs on a regular basis. It turns out Hammond is using the Defender to run all the errands surrounding his new car restoration show, and this easily explains the amount of marketing and promotional souvenirs he has in the boot.

Just recently, Hammond parted ways with three of his most precious vehicles. Everyone knows about his obsession with everything Porsche, and we were surprised to see him letting his beloved 1969 Porsche 911T go. An equally brilliant 1959 Bentley was also part of the lot he auctioned, and it was in virtually perfect condition with a recent full exterior restoration. Last but not least, a 1999 Lotus Esprit Sport 350 was also listed for sale with about 47,000 original miles.

The first episode of Richard Hammond’s Workshop is now available on Discovery+ in the United Kingdom. The show debuted two days ago and the first reactions from fans and media are positive so far. We can’t wait to see more of his work and, apparently, he will be constantly accompanied by his Defender.