Different reports continue to speculate about the possibility of Apple launching a vehicle. Until - and if - that happens, the closest thing to an Apple car has just made its official debut as an alternative. The Foxconn Technology Group has unveiled its first three electric vehicles, developed in cooperation with Taiwanese automaker Yulon Motor Co Ltd. Friends, meet the Foxconn Model C, Model E, and Model T.

If the names ring a bell inside your head, that’s probably because these very original nameplates are actually not original at all. The Model C and Model T were used by Ford in the early ages of the automotive industry for two of the brand’s first production vehicles. While there’s no Ford Model E yet, the Blue Oval manufacturer filed an application to trademark the name back in 2013.

Nevertheless, the three new electric models by Foxconn are here wearing familiar names and are expected to go on sale by 2023, at least in Taiwan. The EVs were unveiled during the Hon Hai Tech Day 2021 event, during which the company announced it wants to become “a global next-generation automotive manufacturer.” The Model C is a compact crossover, the Model E is a saloon designed in cooperation with Pininfarina, and the Model T is a bus.

In the preparations for the start of production of these new electric models, Foxconn - the tech giant that is manufacturing the iPhone - bought a former factory of the Lordstown Motors startup in the United States, where it plans to assemble electric cars. Earlier this year, in August, the Taiwanese company also acquired a chip plant in Taiwan. 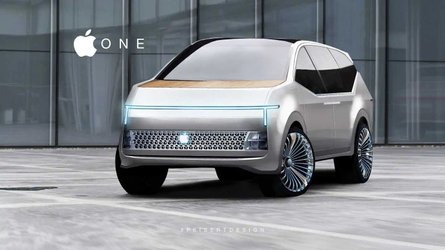 Apple Car back on track with potential Toyota deal - report 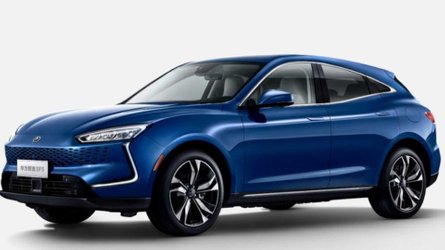 Foxconn is not ready to unveil all the technical characteristics of its first electric vehicles, though it shares that the crossover will be capable of accelerating from a standstill to 62 miles per hour (0-100 kilometres per hour) in just 3.8 seconds. The projected range of that vehicle will be around 435 miles (700 kilometres). As far as the Model E saloon is concerned, it is planned to deliver an output of about 750 bhp for a 0-62 mph (0-100 kph) sprint in just 2.8 seconds.