Can an early Lamborghini Murcielago hit its claimed top speed?

How much punch does this bull still pack?

For some, it's hard to believe that the Lamborghini Murcielago had just turned 20 this year. When it debuted back in 2001, it had pretty big shoes to fill as it replaced the memorable Diablo. Decades have passed since it burst into the scene, and it can be said that it's still fondly remembered by most.

The Murcielago still looks impressive and imposing today, but has time been kind to it when it comes to the performance department? Can one of the first examples of this supercar still pull up solid numbers in the real world? The folks at AutoTopNL wanted to answer that question, too. To find it, they brought one of the earlier models out to the Autobahn.

So what exactly are the stats of this particular Murcielago? As mentioned, it's one of the earlier models made from 2001 to 2006. That means it doesn't have the 6.5-litre V12 with over 600 bhp (447 kilowatts). Instead, this example uses the 6.2-litre V12 that doesn't even crack the 600 bhp mark. At 572 bhp (427 kilowatts), that number seems pedestrian by modern supercar standards. 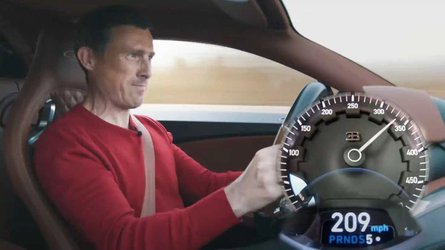 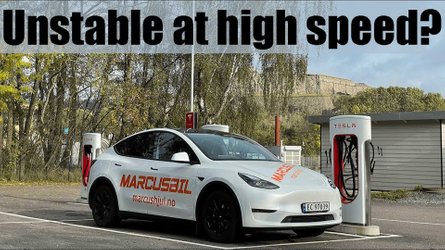 Tesla Model Y LR pushed to the limit on the autobahn

But don't dismiss this Murcielago just yet. As per the factory figures, the early Murcielago can do the 0 to 62 mph (0 to 100 km/h) sprint in a still impressive 3.8 seconds and finish the quarter-mile in a shade under 12 seconds. But the headline figure here is its top speed. Lamborghini said that it can do over 205 mph (330 km/h). So can it still reach that number?

If we base everything on the speedometer, it can get close. In the video, it did get near the 320 km/h (199 mph) mark, but Lamborghinis aren't exactly renowned for their speedometer accuracy. A similar test done by the same channel showed a pretty big difference between GPS speed and the one showed on the cluster. For instance, 300 km/h (186 mph) on the gauge was 274 km/h (170 mph) on the GPS reading. You can also factor in conditions at the time and that it was run at a derestricted Autobahn instead of a test track. Nonetheless, respect to the driver.

Perhaps we'll get a better answer if this run was done in a test track. Still, at least we got to hear that V12 soundtrack.