Daniel Ricciardo will get to drive one of Dale Earnhardt’s NASCAR Cup cars at the United States Grand Prix.

After joining McLaren at the start of the season, Ricciardo accepted a wager with Brown over him scoring his first podium for the team.

With memories still fresh of Ricciardo’s famous tattoo bet with his former Renault boss Cyril Abiteboul, Brown was eager to avoid any physical discomfort from needles so opted for a racing incentive instead.

With Ricciardo being a big fan of Dale Earnhardt Sr, and racing with the NASCAR legend's number 3, Brown felt a prize living up to those themes would be best. 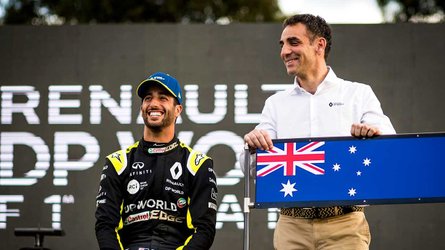 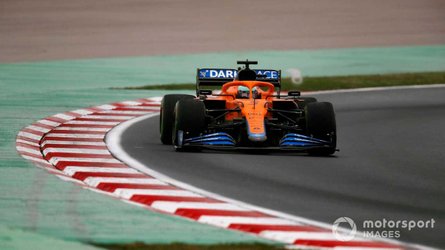 After handing him a model of Earnhardt's 1984 Chevrolet Monte Carlo as a signing on bonus, Brown promised Ricciardo an actual outing in the car if a top three finish was achieved.

“I'm thinking your first podium you give the real thing a go,” explained Brown at the time.

The Earnhardt NASCAR forms part of Brown’s private car collection, which includes a number of F1 challengers and sportscars.

Despite a difficult first half to the season, Ricciardo delivered that first McLaren podium when he led home a 1-2 for the team at the Italian Grand Prix.

It was unclear when the best opportunity for the NASCAR test would crop up, but speaking to an Australian podcast last weekend, Ricciardo said there was a chance of the test taking place at Austin.

“I think it will happen in the next couple months,” he said. “I don't know if it might even happen in the States. We'll see. I know the car is based in Europe at the moment, but maybe to go with the American theme, how knows, they might even send it over to Austin to do a few laps in Texas.”

Now, McLaren has confirmed that the NASCAR run will indeed happen over the Austin F1 weekend.

In a tweet on Friday it confirmed the plans, although no further details were revealed.

The likelihood is, however, that Ricciardo will get to run during the build-up to the Austin weekend – just as Haas duo Kevin Magnussen and Romain Grosjean did when they tried out a NASCAR back in 2019.