The holders of the DeLorean trademark are suing him.

A bizarre story is heating up in England because a man claiming to be John DeLorean's son is converting three-wheeled Reliant Robins into gull-winged vehicles that resemble the iconic DeLorean DMC-12. He's asking £20,000 to preorder one of these weird machines.

Ty DeLorean says he's the son of John DeLorean. "I've got to be careful what I say as I have people to protect, but the basic outline is that when he was in Northern Ireland my mother briefly met him and that's where I was conceived," he told the Daily Mail. "My mother's decision was that no one needed to know."

Ty calls his car DMC 21. His website claims it was "originally designed in 1981." However, there's no indication that we could find that the DeLorean Motor Company was ever preparing to build a Reliant-based, three-wheeled vehicle.

The vehicle gets power from an 850cc engine. Assuming there are no modifications from the original Reliant engine, it makes 40 bhp. The company claims the DMC 21 can reach 100 miles per hour (161 kilometres per hour). On three wheels and with the Robin's infamous lack of stability, reaching that speed sounds absolutely frightening. 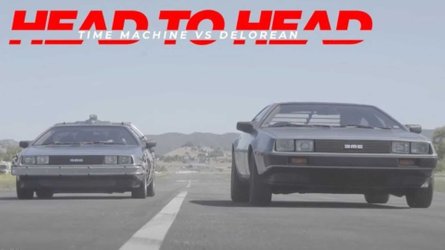 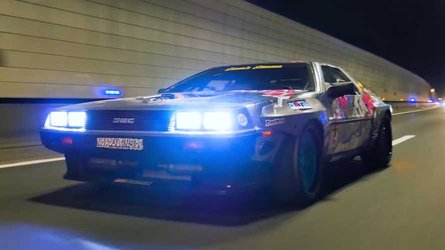 In the photos, the DMC 21 doesn't have a stainless steel body like the DMC 12. Instead, it's painted to have a similar finish. Remote-controlled, gullwing doors add quite a weird look to the Robin. The car also gains a new grille that's reminiscent of the one on the DMC 12.

Inside, the DMC 21 has a fake Flux Capacitor like the car from Back to the Future. There is DMC branding on the carpets, steering wheel, and gearshift knob.

He's also working on an electric version called the DMC 1.21. This is a reference to the 1.21 gigawatts necessary for the DeLorean from Back to the Future to travel through time.

Ty is facing legal issues over the DMC 21. The DeLorean Motor Company has a registered trademark on the term DeLorean in the UK, and the business is taking him to court for infringement. He plans to fight the case.